A free trip to Shanghai that you helped pay for so you should know about it.
That cost Six Grand.
What for? Why did he have to go?
Was it to persuade any investors in Liverpool Waters, they could do whatever they want while he's there.
He even bragged about it. "Not bad for a freebie" he said.
Flown out all expenses paid for to have meetings with Peel Holdings to the Shanghai Expo 2010.......who have been told by Unesco that if their plans for Shanghai-on-Mersey where to go ahead it will effect the Outstanding Universal Value of the World Heritage Site.
This is what Unesco actually said that the current plans for Liverpool Waters goes directly in conflict against the SPD. What does Hinchiffe do?

The World Heritage Committee,
1. Having examined Document WHC-11/35.COM/7B.Add,
2. Expresses its extreme concern at the proposed development of Liverpool Waters in terms of the potential impact of its dense, high and mid-rise buildings on the form and design of the historic docks and thus on the Outstanding Universal Value of the property;
3. Notes that the independent Impact Assessment commissioned by English Heritage clearly sets out the significantly damaging negative impact on the Outstanding Universal Value of the property;
Decisions report WHC-11/35.COM/20, p. 150
4. Also notes that the proposed development is not in compliance with the property
Management Plan nor with the Liverpool Urban Development Plan;
5. Urges the State Party to ensure that these proposals are not approved, as failure to do so could lead to consideration of loss of the Outstanding Universal Value of the property;
6. Requests the State Party to invite a joint World Heritage Centre/ICOMOS reactive monitoring mission, as soon as possible, to assess planning procedures and the overall development strategies for the property;
7. Also requests the State Party to submit to the World Heritage Centre, by 1 February 2012, an updated report on the state of conservation of the property and on the implementation of the above, examination by the World Heritage Committee at its 36th session in 2012.

So what do we pay him for, because he has done nothing to protect world heritage principles or, as Unesco, expressly requested, put an education programme together to inform the public and developers as to principles of World Heritage, to uphold its protection.
http://liverpoolpreservationtrust.blogspot.com/2010/10/dear-john-mr-hinchliffe-you-are-trying.html
The Heritage lottery Funding was refused because they said he was trying it on. click on links

For 5 years hes been swopping the place where the pen goes for the place where the pencil goes on his desk shuffling paper around....doing nothing, a complete and utter waste of time.
Secretly steering the World Heritage Steering Group that nobody knows about, apart from them.
http://liverpoolpreservationtrust.blogspot.com/2010/10/liverpool-world-heritage-steering-group.html
http://liverpoolpreservationtrust.blogspot.com/2010/10/world-heritage-steering-group-what.html
click on links 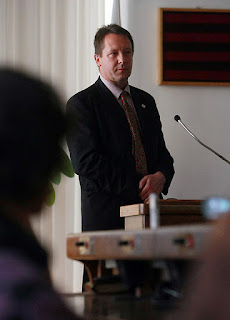 Hinchliffe the double dealing waste of space that is supposed to be employed to protect World Heritage not roll over like a fluffy poodle, and have his belly tickled by any Spiv or Speculator that wants to build anything in the World Heritage Site.
He should be very worried about his job because if Unesco go against him this time he wont be able to afford a collection of Della Robbia ceramics that he aspires to, because we will be calling for the hopeless waste of space's sacking and he may be lucky to keep his job.
A Waste Of Space sitting on his hands?
http://liverpoolpreservationtrust.blogspot.com/2010/02/john-hinchliffe-liverpools-world.html