They don,t build them like they used to on Hope Street. 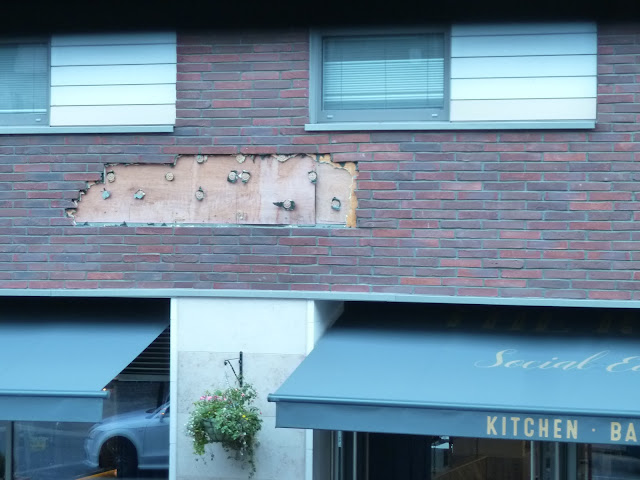 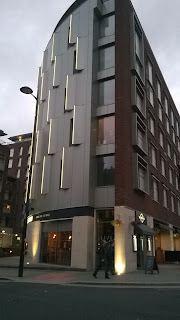 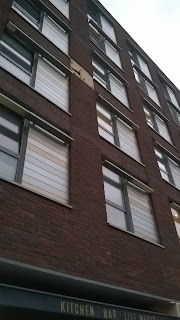 Here opposite the Philharmonic Hall you can see what Liverpool's planning morons sanction.
There's NO HOPE!

A Jerry Build, that if, god forbid there ever was a fire, the whole place would go up like kindling.
In the light of the Grenfell Tragedy surely there must be someone with a conscience at Liverpool planning department, well somewhere out there there must be someone with a conscience and not taking a back'ander and insist the council make a full investigation, into how, this piece of rubbish was ever allowed to be built.
How many other buildings are made with stick-a-bricks glued on to plywood.

Posted by Liverpool Preservation Trust at Sunday, January 21, 2018 No comments: Links to this post

Galkoffs To Be Butchered by Liverpool Museums For Liverpool University. 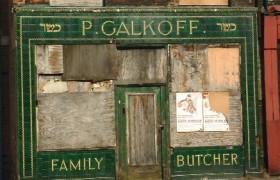 To add insult to injury University Supremo and ex Liverpool Museum Chairman Phil Redmond has got his mate Liverpool Museum Director and cultural vandal David Fleming to help him in the outrage, by accepting the tiles from the exterior into Liverpool Museums at a time when the organisation has no room and is offloading stuff to save on storage costs.

They have no money having spent it all on destroying Manchester Dock, which pre-dated The Albert by 60 years, to build a giant museum with a staircase in. 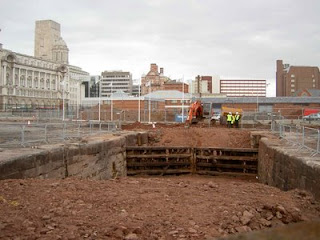 ALL PASSED OVER BY HIS CHUMS AT ENGLISH HERITAGE. Oh no not the dreaded Henry Owen John again who is on the world heritage steering group with the Fuzz..
http://www.liverpoolmuseums.org.uk/mol/galkoff/

You will never be able to get these tiles off without obliteration.

The real façade is how they are getting away with it.
Right in front of the crooked operatives of those, English Heretics now Historic England.

THIS IS A PIECE OF PROPERTY DEVELOPMENT BY ANY OTHER NAME.
https://c20society.org.uk/regions/galkoffs-kosher-butchers-shop-liverpool/ 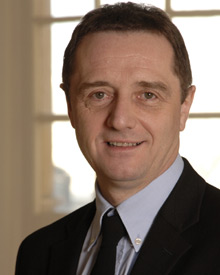 The Liverpool History Society is doing a fact-gathering mission on behalf of Liverpool Museums. God Bless’em.

What would Rex Makin who hated David Fleming have said about this…….probably his idea actually.
The Local press (sic) have been duped by the PR machine that is Liverpool Museums doing another middle page spread buoying up Fuzzy Felt Fleming…….without looking into the situation. (Mark Thomas you really should be ashamed of yourself.) or do they care.
There was a time when journalists who had a brain, the likes of Peter Elson took Fuzzy Felt to task.
Not any more most of the journalists at the Oldham Echo are only just out of John Moores University themselves…..and short kecks. 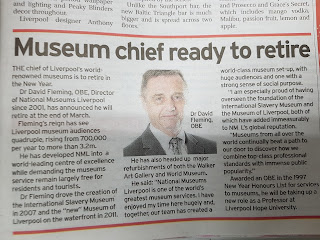 Surely Redmond is looking for another new building to be named after him by the University………..but for smoothing the way for Galkoff’s to be demolished.


Phil you really have sold yourself down the river…….or to Tarporly.

It certainly pays well to be  a cultural vandal.
Posted by Liverpool Preservation Trust at Friday, January 12, 2018 No comments: Links to this post

Email ThisBlogThis!Share to TwitterShare to FacebookShare to Pinterest
Labels: David Fleming, Dr David Fleming, Henry Owen-John, Manchester Docks, World Heritage Steering Group
Newer Posts Older Posts Home
Subscribe to: Posts (Atom)
"THESE OLD BUILDINGS DO NOT BELONG TO US ONLY;...THEY HAVE BELONGED TO OUR FOREFATHERS AND THEY WILL BELONG TO OUR DESCENDANTS, UNLESS WE PLAY THEM FALSE.