That is a question we were asked the other day and the person asking the question did have some valid points.

What is a steering group for?

What does it steer?

Who does the steering?


And who pays for the steering?

What credibility does a World Heritage Steering group have, when it is being funded by the very people who want to lose Liverpool the world heritage site?

Today we ask, Is Dr Ian Wray, the Chair of the Liverpool World Heritage Steering Group a “Peel Poodle” and is he is an opinion for hire?
And are his opinions lets say, assisted by Peel Holdings?

But thankfully not by Unesco.

He has, conveniently, under Joe Anderson's orders possibly, as he has mislaid the documentalso, forgotten that we have a Supplementary Development Plan (SPD) that was ratified in 2011 by the city council. How convenient.

The SPD was meant to steer developers and the public to an understanding of what World Heritage means and what the duty of a WHS entails.
But no under his misguided stewardship Unesco have placed Liverpool on the World Heritage At Risk Register.

A recent addition to the In Danger list, is Aleppo, in war torn Syria.
http://liverpoolpreservationtrust.blogspot.co.uk/2012/07/liverpool-on-unesco-in-danger-list.html

Wray is a visiting professor at the University of Liverpool http://www.liv.ac.uk/geography-and-planning/research/spatial-planning-impact-assessment/members/

We note there are several Civic Society members also on the same list.
In fact the MCS is run from the University of Liverpool…that is publicly funded.
Ian Wray.
For he’s a jolly good fellow he used to work for the NWDA who funded most of the rubbish architecture on the Pier Head and funded Peel Holdings stand at the Shanghai Expo 2010. Our money in other words.

Robert Hough was the Chair of the NWDA http://www.manchestereveningnews.co.uk/business/business-news/robert-hough-is-new-nwda-chairman-923946 then he was a Director of Peel Holdings, oh and a few other companies  http://www.salfordstar.com/article.asp?id=448

Ian's expertise lies in the areas of infrastructure planning; metropolitan mayors; world heritage and new garden cities.
As Chief Planner with the NWDA, he directed the planning, transport and housing team and drafted the first Regional Strategy in 2000.

Liverpool WHS Steering Group has only one set of minutes from 2010 online yet it claims to represent…….well who does it represent?

So is Ian Wray Peels Poodle, after all he who pays the ferryman steers the course.

We hope he can sleep at night. He obviously does not care about Liverpool and its World Heritage Duty.

Here,s some we did earlier

Posted by Liverpool Preservation Trust at Wednesday, September 18, 2013 No comments: Links to this post

Herbert Rowse Ventilating Tower Is Deteriating Badly-MerseyTravel Have Allowed This To Happen? 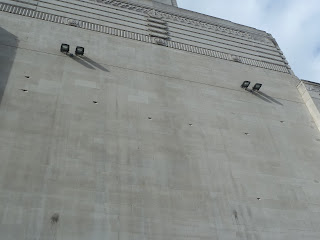 Why has this been allowed to happen?

Herbert Rowse would be turning in his grave at the way Miserytravel have allowed his Grade II listed Ventilating Tower at Georges Dock to deteriorate.
Please click on pictures to see full extent of the mess that has been allowed to happen due to poor maintainance.
This Egyptian inspired Art Deco style structure that is a ventilating tower for the Mersey Tunnel is within the Liverpool World Heritage Site.
It is rated very highly indeed by national conservation bodies such as the c20 society.
How can this be allowed to happen?
It is an outrage that one of our finest Inter War buildings.....that survived the Blitz, ends up in the hands of people who do not understand its historical importance and let it fall into disrepair. 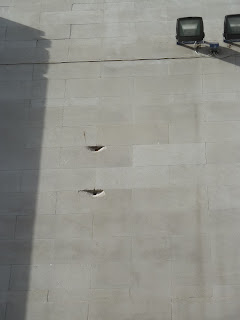 http://www.c20society.org.uk/botm/the-mersey-tunnel/
It seems that the previous repair work carried out by Miserytravel has been so poor that the deterioration has been escalated.

The most likely cause of the damage is that when it was re pointed the mortar that was used was too hard and this has created a different expansion rate between the Portland stone, which is soft enough to carve.

This has allowed water to get into and around the mortar joints leading to what can only be called a disaster.

Miserytravel are now based in the new Miserytravel Tower, on of the three Neptune Black Coffins on Mann Island 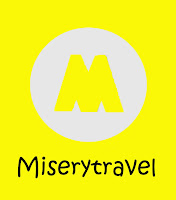 http://www.liverpoolworldheritage.com/visitingthewhs/areas/pierhead/georgesdockventilation.asp
They should hang their heads in shame along with Liverpool City Councils pathetic Conservation office for allowing this disgraceful, and avoidable mess that has pockmarked the facade of one of Liverpool’s most famous and Internationally renowned structures.


Posted by Liverpool Preservation Trust at Monday, September 16, 2013 No comments: Links to this post

Email ThisBlogThis!Share to TwitterShare to FacebookShare to Pinterest
Labels: Merseytravel, Neptune Developments, World Heritage S*ite
Newer Posts Older Posts Home
Subscribe to: Posts (Atom)
"THESE OLD BUILDINGS DO NOT BELONG TO US ONLY;...THEY HAVE BELONGED TO OUR FOREFATHERS AND THEY WILL BELONG TO OUR DESCENDANTS, UNLESS WE PLAY THEM FALSE.