Lyceum Liverpool-What is its Future? 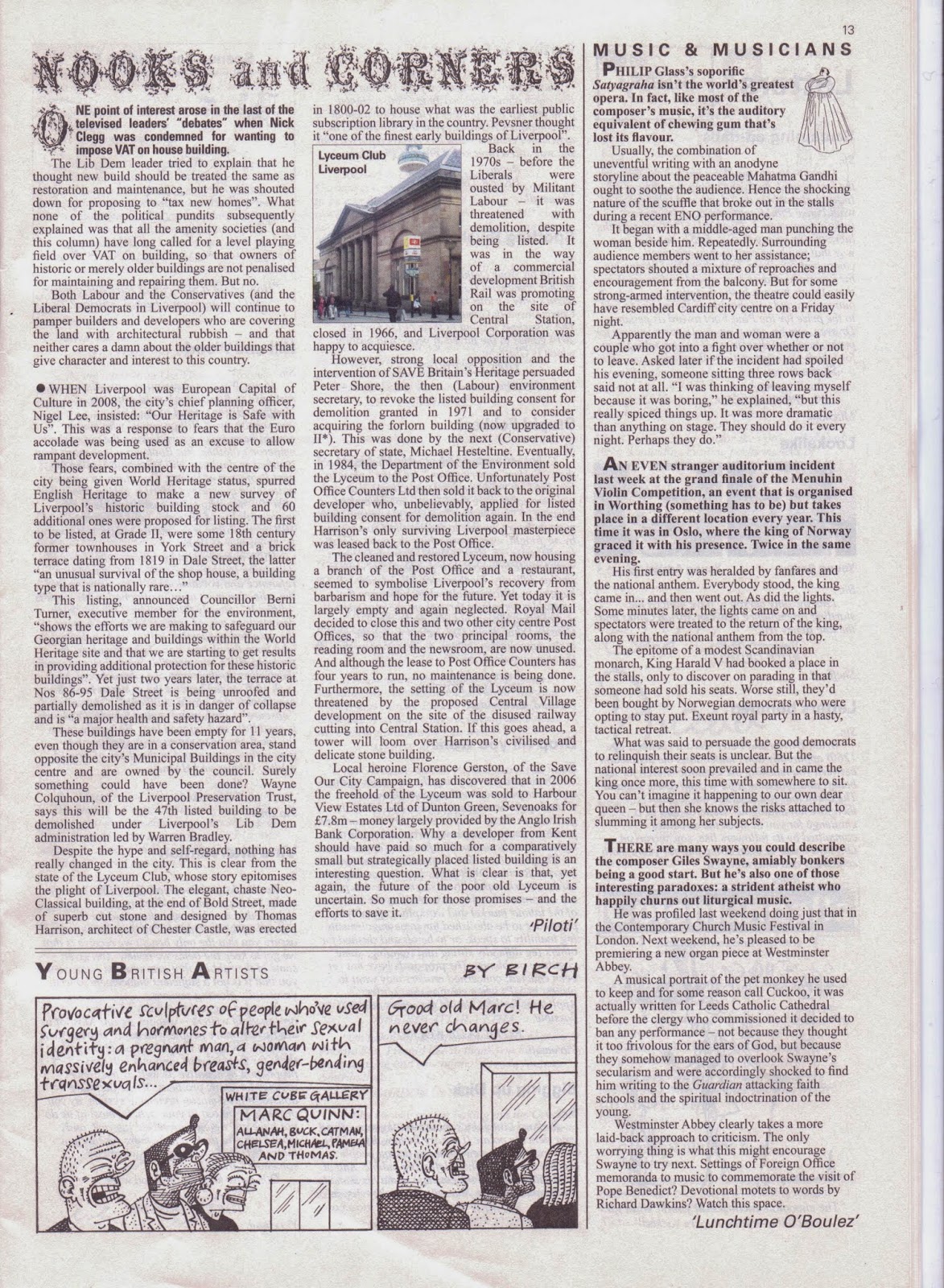 This is one of Liverpools Architectural Gems, but it is now in  very sad state.
It must be at its worst point of its great history
Built by Thomas Harrison who built Chester Castle most people would not be aware of his place in history.
Thomas Harrison was the architect who advised Lord Elgin that he should build a classical pile and fill it with historical artifacts, and off he went to strip the Elgin Marbles from their rightful home in Greece, who as a country have never forgiven us.


Such was Liverpools prominence that the best architects were flocking here for work.
http://en.wikipedia.org/wiki/The_Lyceum,_Liverpool

Private Eye took an interest recently and if you click on the picture you can read what 'Piloti' in NOOKS AND CORNERS said about our Grand Old Lady.
Just who is keeping Private Eyes so informed?

http://propertylink.estatesgazette.com/property-details/5741669-lyceum-building-bold-street-liverpool-l1-4nw
The Post Office have been responsible for its upkeep, as they had a lease on the property, even though they had moved out years ago. (No wonder they are in financial trouble)
Now its up for sale at £4.25 million What is its future?

Posted by Liverpool Preservation Trust at Wednesday, April 30, 2014 No comments: Links to this post

We Have The Tacky Phone Advert On The Town Hall Removed-Is This A Success? Or A Sad State Of Affairs? 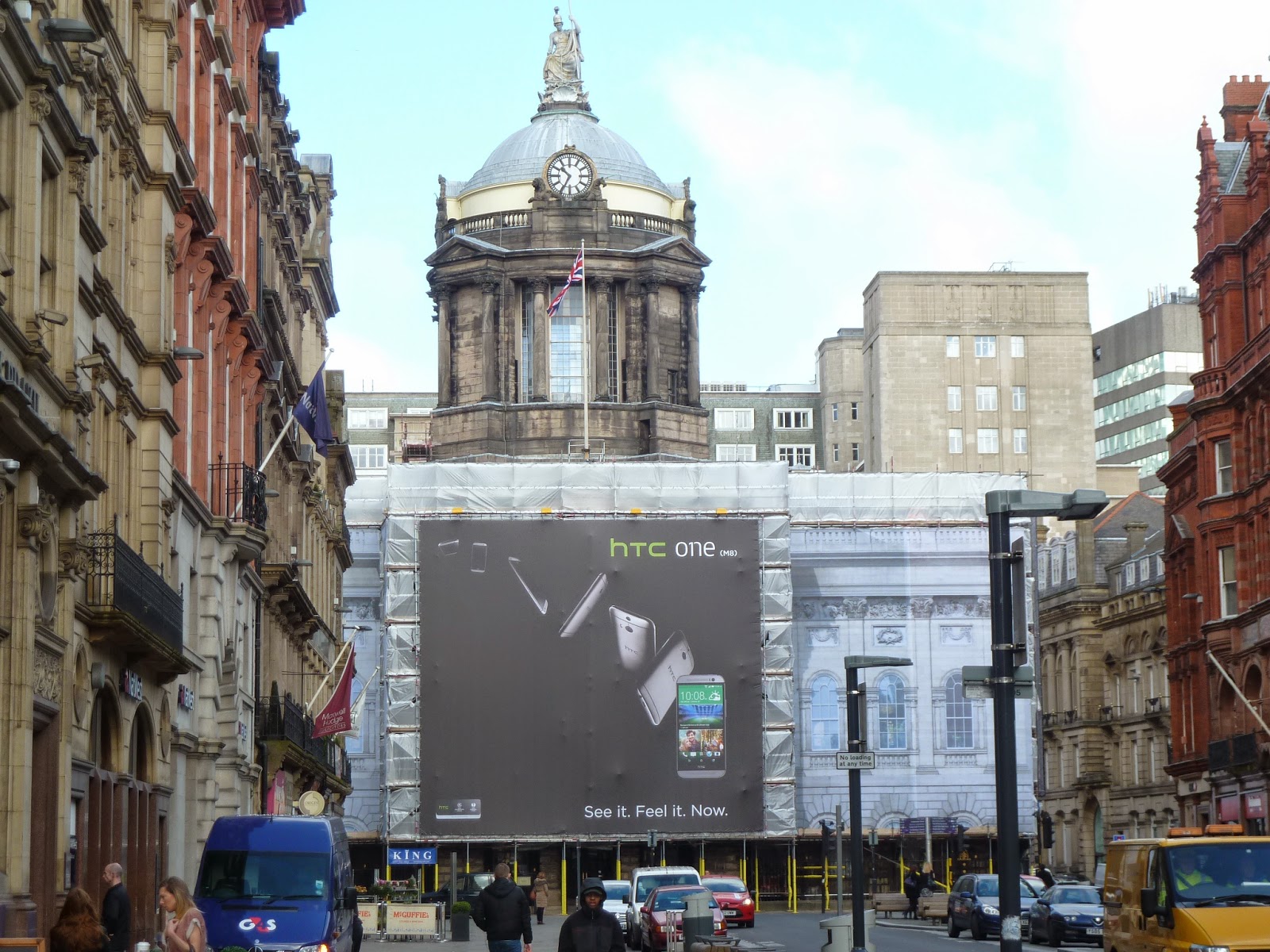 It really is a sad state of affairs when you have to educate a Mayor of a City that thinks that a World Heritage Site is just a certificate on the wall in the town hall and not something to be proud of.
That has got Liverpool on the World Heritage "At Risk" Register.
It is even worse when the Town Hall, that is in the World Heritage Site, is a listed building and is in a conservation area, turns into a tacky advertising  hoarding for mobile phones.
http://liverpoolpreservationtrust.blogspot.co.uk/2014/04/joe-anderson-turns-town-hall-into.html 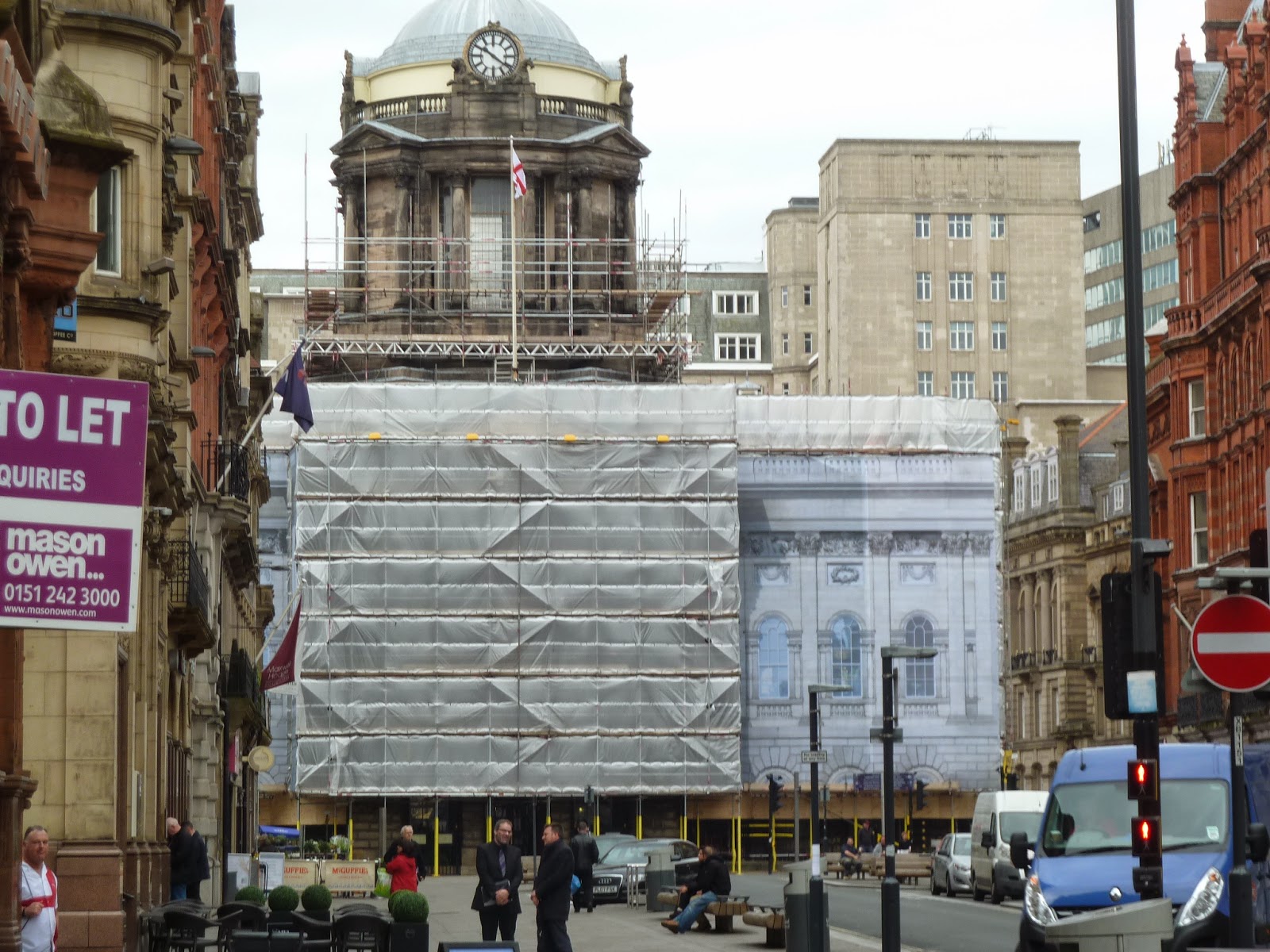 It is even worse when the Mayoral Dictator Joe, who was elected with 17% of electorate argues with you about it.
He tried to bully us with crude comments, that only serve to show how arrogant he is with Liverpool's Heritage sites.
"Il Duce" Anderson may think he can bully all the usual suspects, but we can tell this Mayor that he will not dictate to us in any way shape or form.
The advert was illegal it did not have planning permission. he has now taken our colleagues advice and had it removed.

So, we should claim a success, but no, it is so bad here in Liverpool, and this only serves to prove that a ex European Capital of Culture has sold out to a Culture of Capital where they sell the facade of the town hall.
We still await some FOI requests which will tell us how much and to whom.
If Joe Anderson wants to sell his own soul he can but he is not selling the Town Hall.

What a disgraceful state of affairs this city has got itself into by electing a Mayor who is more interested in big business and making money for his mates at Frank McKenna's Downtown Liverpool In Business, than safeguarding the cities heritage assetts.
Come back Derek Hatton all is forgiven this character makes him look tame.


It is no wonder he is in Private Eye again.
http://liverpoolpreservationtrust.blogspot.co.uk/2014/04/joe-il-duce-anderson-gets-handbagged-at.html

Posted by Liverpool Preservation Trust at Friday, April 25, 2014 No comments: Links to this post 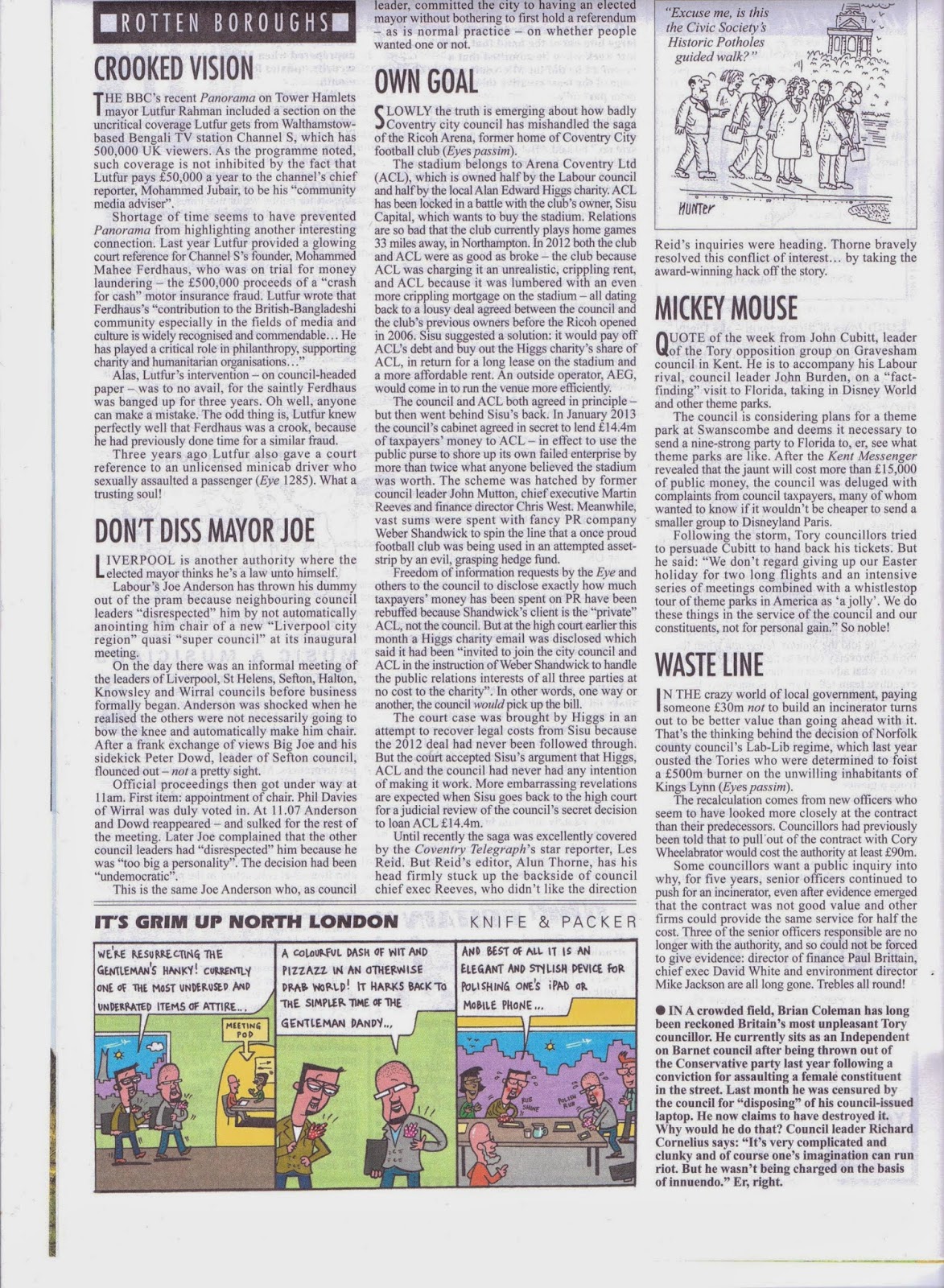 Just who is sending Private Eye all this stuff on Liverpool?

http://liverpoolpreservationtrust.blogspot.co.uk/2014/04/joe-il-duce-anderson-gets-handbagged-at.html
Posted by Liverpool Preservation Trust at Wednesday, April 23, 2014 No comments: Links to this post

Joe Anderson Turns The Town Hall Into A Mobile Phone Advertisement-Can This Be Right? 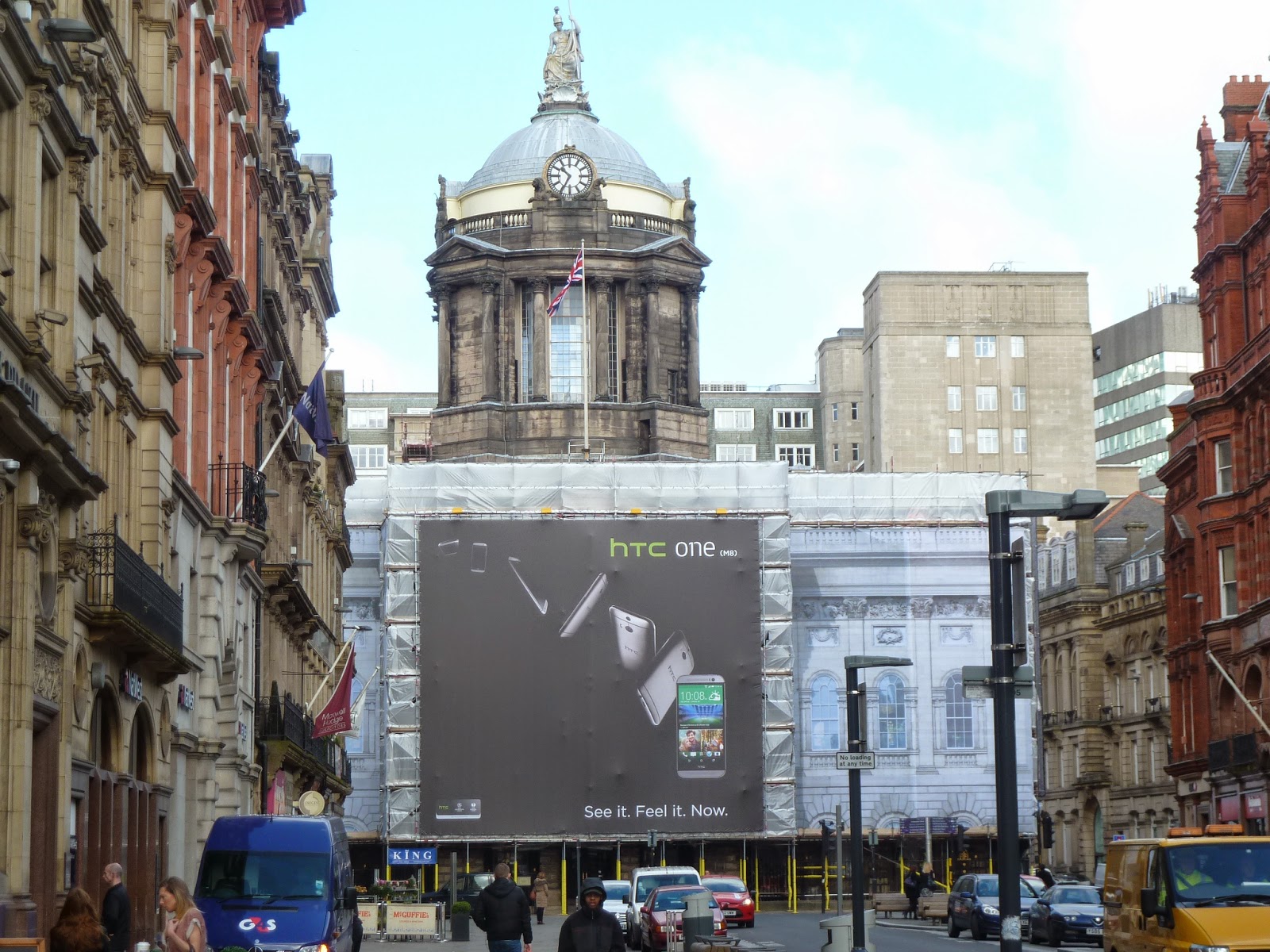 Liverpool Town hall is in the World Heritage Site, in a Conservation Area and is a listed building.
Is there no respect for Liverpool's Heritage.
Is the main reason we are on the Unesco World Heritage In Danger List,  because Joe Il Duce Anderson can get away with it.
This is an illegal hoarding on a listed building.
But we have to ask how many of you out there are interested and will do anything about it?
Anderson says he does not have to answer questions about it.
The local press are not interested. They just waffle on about how great everything is while filling the back pages with advertisements from the council.
Stop the Rot at The Echo and we may stop the rot in the corrupted regime that lets the Mayor turn the Town Hall into a giant advert for a mobile phone.
Liverpool Confidential where informed about the illegal hoarding but as yet not a dicky bird from them.
Do they care? Or is Mr Neild just looking for headlines.
http://condensedthoughts.blogspot.co.uk/2014/04/pest-control-needed-on-oldham-hall.html

Is this Mayor out of control.
http://liverpoolpreservationtrust.blogspot.co.uk/2014/04/joe-il-duce-anderson-gets-handbagged-at.html

Posted by Liverpool Preservation Trust at Thursday, April 17, 2014 No comments: Links to this post

Email ThisBlogThis!Share to TwitterShare to FacebookShare to Pinterest
Labels: Joe Anderson, Stop The Rot at the Liverpool Echo 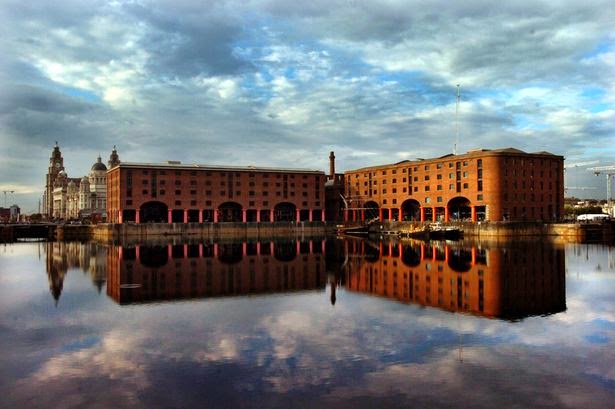 You have to despair at the Daily Joe of Oldham Hall street.
They make a good headline out of a bad headline. Now we have another newcomer to the Echo Stop The Rot self congratulating campaign, that incidentally, stopped the rot of nothing.
Look at the lead picture they have used of the Albert Dock.
Most of the plebeian population would not notice that this is an old picture that now has three black coffins and a giant skateboard ramp that pretends to be a museum obscuring the Liver Buildings.

http://www.liverpoolecho.co.uk/whats-on/whats-on-news/none-liverpools-grade-1-listed-7001692
Of course the Echo said these developments were all good for Liverpool.
Liverpool is on the Unesco "In Danger" List not a mention from Amy Browne then. Lets ignore that shall we.

English Heritage’s ‘Heritage At Risk’ programme lists historic sites that are in danger of being lost through decay, neglect, or inappropriate development, to highlight where action is needed.
Grade 1 listed sites are those classed as having ‘outstanding architectural or historic interest’ and are designated by the government on the advice of English Heritage.
Liverpool’s Grade 1 listed buildings include the Liver Buildings, the Albert Dock, St George’s Hall and the Town Hall. Sefton Park and several places of worship across Merseyside also bear the classification.
The headline should have been look at The Wellington Rooms, or 84 Duke St, about to be demolished or St Andrews church.
Stop the Rot at the Echo.
http://condensedthoughts.blogspot.co.uk/2014/04/pest-control-needed-on-oldham-hall.html
The new interns drive all the same old stories forward on behalf of Alastair "Burger and Ships" Machray at The Daily Joe.
http://liverpoolpreservationtrust.blogspot.co.uk/2014/04/joe-il-duce-anderson-gets-handbagged-at.html
Posted by Liverpool Preservation Trust at Thursday, April 17, 2014 No comments: Links to this post

Mersey Muckraker-Digging The Dirt On Liverpool

A new website has started up that could prove to be a grateful addition to all of us that wish to see the corrupted political system be held to account. What chance do we have with Marc Waddington being edited by David Bartlett being edited by Alaistar "Burger and Ships" Machray.
What chance does Joe Public have of understanding the way the Liverpool media works. Those of us who wish to inform the populace of the way the system is being run around the council and its property developing mates hope, It may prove a welcome addition.http://merseymuckraker.co.uk/author/mersey-muckraker/


Stella Who http://merseymuckraker.co.uk/2014/03/news/stella-who/#more-12 Lindsay Ashworth and his gal' get Peeled.

It also draws questions about apparantly harmless websites such as Sevenstreets, that are, wrongly,  trusted by Liverpools facebook generation, as Mersey Muckraker puts it SevenStreets are an online culture rag popular amongst Liverpool’s bespectacled hipsters.  http://merseymuckraker.co.uk/2014/03/news/slaves-to-marketing/#more-61

It may be worth a further look.
Posted by Liverpool Preservation Trust at Monday, April 14, 2014 No comments: Links to this post 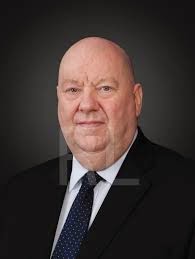 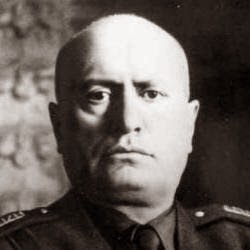 Joe Anderson is out of control, we all know this in Liverpool. People are even starting to say that there are surprising similarities with him and other dictators.

He and his friends at Downtown Liverpool In Business, yes remember them, they are running roughshod over Liverpool's Heritage sites.

Last week he tried to sell off a memorial to the blitz for a quid. http://www.liverpoolconfidential.co.uk/Culture/Architecture/Plan-to-turn-St-Lukes-into-wedding-hotel-slammed
Who links Anderson and all these new found property developers. Where are they coming from?
How does the The Duce meet them. http://liverpoolpreservationtrust.blogspot.co.uk/2011/12/st-andrews-church-sold-to-convicted.html

Who introduces clients. Is it Downtown Liverpool?http://liverpoolpreservationtrust.blogspot.co.uk/2010/11/joe-anderson-sitting-far-too-close-to.html

Are they all hiding in plain sight?

Its all pearls before swine http://liverpoolpreservationtrust.blogspot.co.uk/2011/03/liverpools-world-heritage-site-pearls.html

Who's doing his PR and are we being properly informed?
We are making enquiries and will let you know soon.
DEREK HATTON was responsible for the demolition of Clayton Square to make way for a Wimpey built shopping centre. This was a Georgian Quarter.
Is history repeating itself with Mr Anderson out of touch and not skilled enough to recognise good architecture. Is Il Duce Trying too hard to facilitate developers.

But as with all  dictators they get found out in the end.
http://www.liverpoolconfidential.co.uk/Culture/Architecture/Plan-to-turn-St-Lukes-into-wedding-hotel-slammed

Its not just us who are finding him out. The condensed thoughts of Correspondent hit the nail on the head.
http://condensedthoughts.blogspot.co.uk/2014/03/joes-idea-gets-bombed-out.html

SO TODAY ANDERSON GETS CLOBBERED In his attempt to control Liverpool Regional Authority. 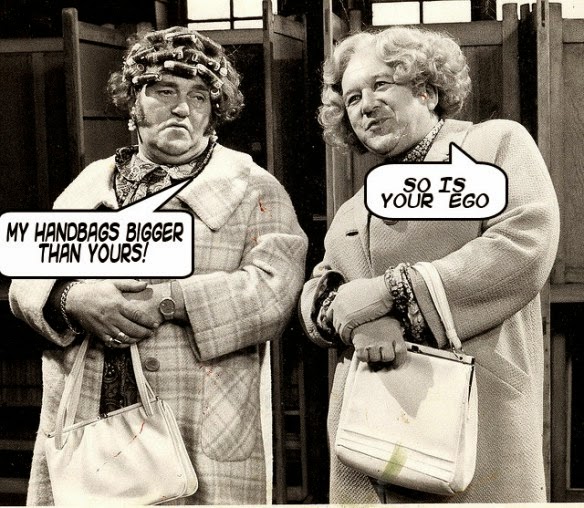 Today Wirral leaks give us another view on Mr Anderson's over inflated ego. Even though he was only elected with 17% of the lazy electorates votes, he now thinks he can run the whole region.
That was until he was voted out of the leadership by  other voters on the board who voted in a Wirral based candidate.
It will be reported in the Liverpool Daily Joe formally known as the Liverpool Echo but here is Wirral Leaks view.
http://wirralleaks.wordpress.com/2014/04/03/handbags-at-dawn-on-animal-farm/

Posted by Liverpool Preservation Trust at Thursday, April 03, 2014 No comments: Links to this post

Scribblings, Jottings & Musings: Joe's Idea Gets Bombed Out
Posted by Liverpool Preservation Trust at Thursday, April 03, 2014 No comments: Links to this post