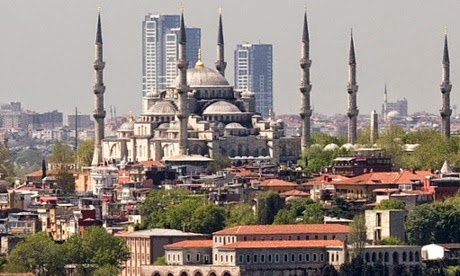 http://www.theguardian.com/artanddesign/architecture-design-blog/2014/aug/21/istanbuls-illegal-towers-to-be-demolished-after-landmark-court-ruling
Posted by Liverpool Preservation Trust at Friday, August 22, 2014 No comments: Links to this post 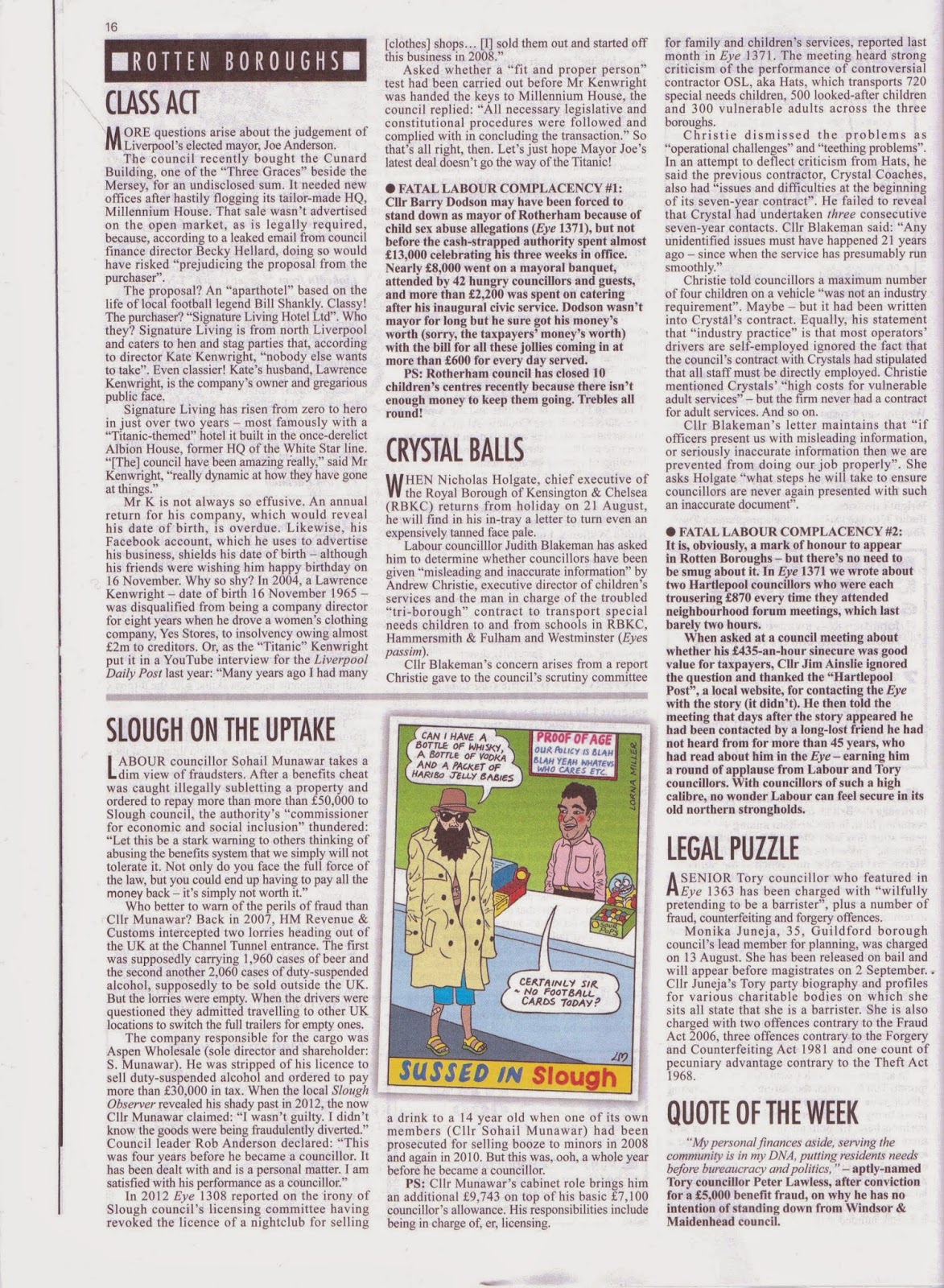 Private Eye entitles the article in the current edition, in ROTTEN BOROUGHS, CLASS ACT. Just who is writing all this stuff for Private Eye? We call it dodgy dealing right in front of the eyes of the public, and the local press, who should be watching what the property developing Mayor Joe Anderson is doing with our public funds. Some Time ago Wayne campaigned to bring some life back into the historic Albion House after it had lain there empty for years claiming it would be a perfect place to link Liverpool, on a global stage with the huge interest of the tragic events, that happened on the fateful night, when the Titanic was sunk. "There is so much public interest that it couldn't go wrong". he said. Sure enough Joe Anderson's mate Lawrence Kenwright must have been listening and miraculously got his hands on a pile of cash. Despite being previously banned as a company director. (you don't just get banned as a company director for bad book-keeping).
But Joe Anderson and Co don't seem to care who they give the council assets to,  such as Municipal House in Victoria Street.
Kenwright was also the character that come up, out of nowhere, (and do we believe him) with a dodgy scheme to steal St Lukes Church from its rightful place as a monument to the blitz.
http://liverpoolpreservationtrust.blogspot.co.uk/2014/03/joe-anderson-turns-us-into-scouse.html
If the wag bar at the new Titanic Theme Hotel is anything to go by, thank god he never got it and the public outrage made Anderson stop and think.
The local papers called this refurbishment of Albion House a good news story without any checks pouring publicity over the opening.........even picturing Anderson on the steps of the new hotel with the Kenwright's, giving it a big thumbs up.
http://www.liverpoolecho.co.uk/news/liverpool-news/shipping-lines-time-save-former-3325849

The local press should be checking everything that "Il Duce" Anderson is doing with public assets.
It seems that property developers always seem to have a link with Frank McKenna.
Is that what you need to get to Anderson?
Here we see Katie and lawrence Kenwright being awarded jointly Property Personality of the Year by McKenna and DLIB.

You couldn't make this up.
Posted by Liverpool Preservation Trust at Wednesday, August 20, 2014 No comments: Links to this post

Email ThisBlogThis!Share to TwitterShare to FacebookShare to Pinterest
Labels: Frank McKenna, Joe Anderson, Private Eye, St Lukes Church
Newer Posts Older Posts Home
Subscribe to: Posts (Atom)
"THESE OLD BUILDINGS DO NOT BELONG TO US ONLY;...THEY HAVE BELONGED TO OUR FOREFATHERS AND THEY WILL BELONG TO OUR DESCENDANTS, UNLESS WE PLAY THEM FALSE.