At the Council meeting at the Town Hall 19th July Mr Back'Anderson blocked a motion  to debate World Heritage 'At Risk' status. This was put forward by the Lib Dems.
There was enough to debate such as the disgraceful set of affairs regarding Liverpool's dodgy chief executive, Ged Fitzgerald who is suspended on full pay. He was recently arrested....In Lancashire.
It seems like he's getting away with it in Liverpool while most know he is at it.
Shouldn't an investigation be made into his Liverpool dealings BY LIVERPOOL POLICE. 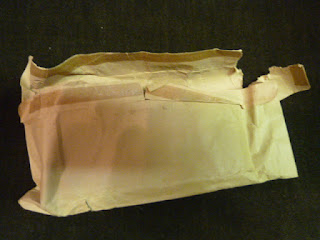 They say a leopard does't change its spots, talking of which Fitzgerald's friend Frank McKenna a Lancashire Councillor now, needs a look into too, and how the relationship between the trio works with Mayor Back'Anderson fronting it.  http://liverpoolpreservationtrust.blogspot.co.uk/2017/06/ged-fitzgerald-answers-questions-about.html
We get the Oldham Echo on the case no wonder they can get away with it.


The motion to debate World Heritage status has been referred to a committee which may be a secretive affair as how will the public know about it
So it was not debated at all very convenient for local developers or stakeholders as they are called.
And there was not even a mention of it in the Oldham Echo who seem to be backing the Mayor. Helping him get away with it.

YOU SEE BACK'ANDERSON IS FRONTING THIS OUT, AS SPIV, FOR PEEL HOLDINGS AND SEVERAL OTHER PROPERTY DEVELOPERS.
AND WHO IS CHECKING HIM.
SHOULD'T SOMEONE HAVE THE OFFICE OF PUBLIC AFFAIRS LOOK INTO THE SITUATION WHERE DEVELOPERS SUCH AS ELIOT GET AWARDED COUNCIL CONTRACTS TO REFURBISH LISTED BUILDINGS WHILE BEING A TAX EXILE LIVING IN SPAIN FOR MOST OF THE YEAR.
AND WHERE BACK'ANDERSON IS ALLOWED TO SELL CHINATOWN...........TO THE LOWEST BIDDER.
COME BACK DEREK HATTON ALL IS FORGIVEN. OH HANG ON HE IS BACK.
IS HE IN BUSINESS WITH THE DODGY LEADER OR IS HE JUST ACTING CONSULTANT.
Posted by Liverpool Preservation Trust at Thursday, July 20, 2017 No comments: Links to this post

Well you have heard all the lies from Liverpool City Council and its PR company THE LIVERPOOL ECHO about heritage being safe with Joe Anderson.
But here is the reality. Liverpool get lambasted by the educated officials at UNESCO during the World Heritage Committee meeting in Krakow 2017.
You can watch it yourself here in part 1 and 2.
It seems that numerous State Parties thought Liverpool has had enough chances and wanted to delete Liverpool there and then.
THIS IS THE LAST CHANCE SALOON FOR LIVERPOOL.
Many think the New Museum and The Black Coffins were enough to have us deleted but this continual heritage blight through bad planning. (Liverpool does not have a Chief Planning Officer or a World Heritage Officer) Is only going to end one way.
WORLD HERITAGE DELETION IN 2018.
Below is lat years meeting.

Posted by Liverpool Preservation Trust at Wednesday, July 05, 2017 No comments: Links to this post

Today in Krakow during the 41st World Heritage Committee meeting we avoided deletion.......for another year. By the skin of our teeth, it was close.
No-one at Unesco it seems, really gives us a hope but on the list we are, for another year.
They have given us one last chance.
Icomos representative was scathing of the State Party with overall responsibility but unable to control Joe Anderson.
Lets round up all the useless suspects. Henry Owen John of Historic England was there.
And surprisingly Malcolm Kennedy in Mayoral chains pretending to be the real Mayor.
Malcolm Kennedy was largely responsible for the Lime Street disaster that saw the Futurist demolished.
Here's one we did earlier. Is Malcolm Kennedy a developers consultant

Heres another one we did earlier.
http://liverpoolpreservationtrust.blogspot.co.uk/2012/08/councillor-malcolm-kennedy-manipulating.html

A statement was read out by Gerry Procter ......who.....a council plant paid for by public funds to make it look like there is support and he is part of the Cabal.

Poland and Philippines delegates really fed up with Liverpool all had given up on Liverpool.
Finland wanted to support us but we really looked like a World Heritage basket case.
Like a third world country.
The Ivory Coast was removed from In Danger list after working with UNESCO.

WHY ARE WE IN THIS SITUATION?
Posted by Liverpool Preservation Trust at Tuesday, July 04, 2017 No comments: Links to this post

Email ThisBlogThis!Share to TwitterShare to FacebookShare to Pinterest
Labels: Malcom Kennedy, Mayor Joe Anderson, Unesco, Unesco In Danger List
Newer Posts Older Posts Home
Subscribe to: Posts (Atom)
"THESE OLD BUILDINGS DO NOT BELONG TO US ONLY;...THEY HAVE BELONGED TO OUR FOREFATHERS AND THEY WILL BELONG TO OUR DESCENDANTS, UNLESS WE PLAY THEM FALSE.