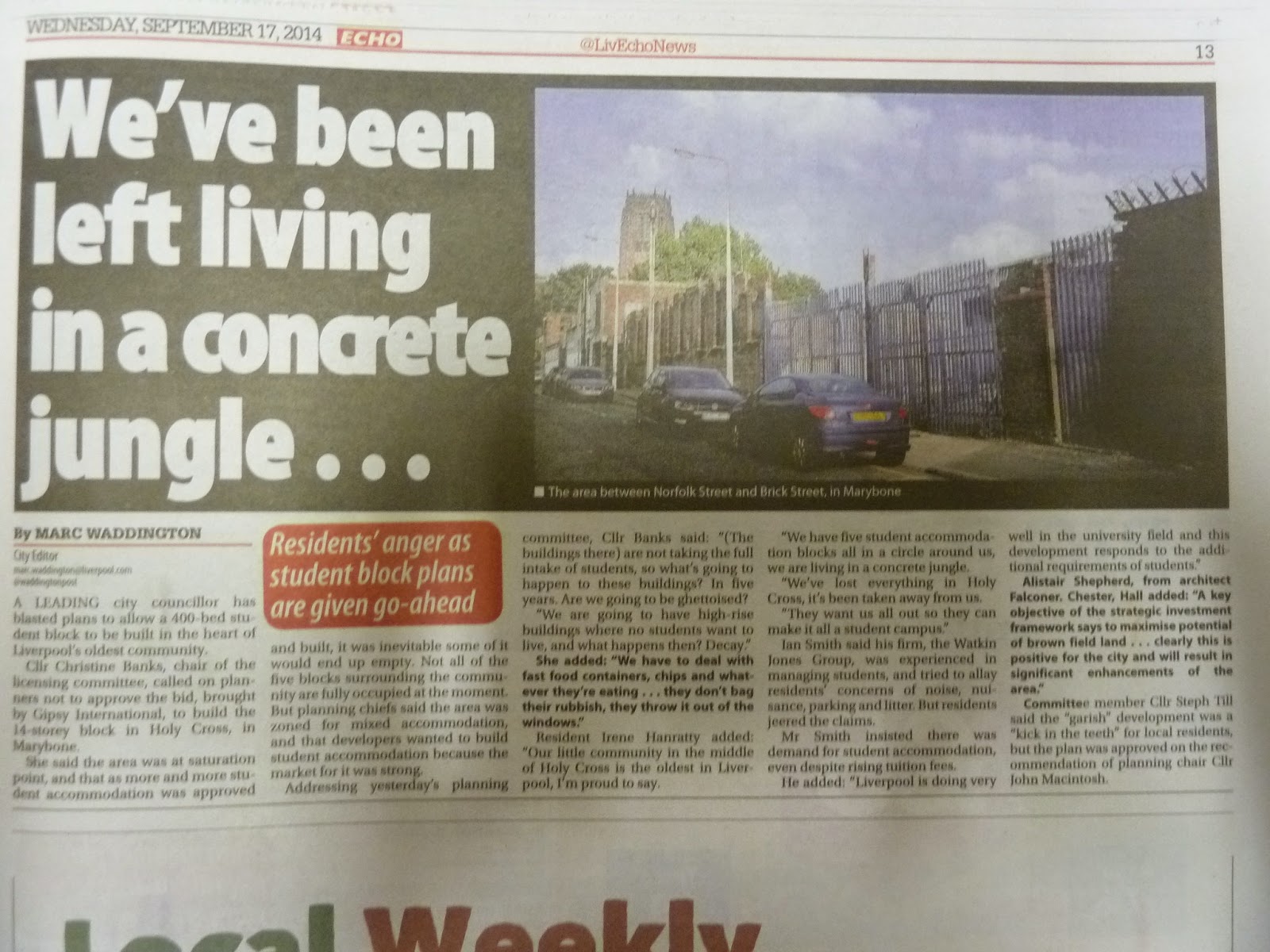 Why does the company Falconer Chester hall continue to sell itself out to any dodgy property developer that will pay it?
There was a time when architectural training meant that people respected the profession.
Not any more.
Architectural whore is a term not used lightly. Some awful work has vandalised Liverpool by this company of recent dates. Do they care.
Shame on you all.
One would have thought that its not a good reputation to have, that of being able to knock any old crap through the planning process, attracting eany dodgy builder to their door. Or is that what they want?.
Plans for an architectural abortion in Brick street by this awful company that we consider a disgrace to their profession, have been passed by the planning committee on the recommendation of the Chairman John Macintosh, who it was rumoured was placed there by Joe "Il Duce" Anderson.
He is not the brain of Britain we wonder who on the planning committee would know a decent piece of architecture if it fell on them.
Anyway its a few bob extra for Macintosh as he doesn't work.......at our expense.
http://liverpoolpreservationtrust.blogspot.co.uk/2014/09/heaps-mill-now-grade-ii-listed-is-about.html

Last week the same architect whores put forward plans to obscure the listed Heaps Rice Mill.
It is the blind leading the blind into a architectural Baltic Abortion and all those at Baltic Creative should do something about it including David Lloyd of Seven Streets who are based there before its too late.
Posted by Liverpool Preservation Trust at Wednesday, September 17, 2014 2 comments: Links to this post

The most historic station in the world Edge hill. Where Stevenson's Rocket passed on that historic day that changed the world.
There has been a station here since 1830.
Possibly the first in the world. and the numskulls, overnight, demolish a series of unique railway cottages that should have been listed.
Only in Liverpool
http://en.wikipedia.org/wiki/Edge_Hill_railway_station


Posted by Liverpool Preservation Trust at Sunday, September 14, 2014 3 comments: Links to this post

Heaps Mill Now Grade II Listed Is About To Be Threatened Again With A Monstrous Scheme.

Oh No it makes you despair. We save Heaps Mill from destruction and the developer appoints Falconer Chester Hall, the architectural whores of Liverpool  to come up with a crap scheme that is going to destroy the whole essence, of the now, listed building.
http://liverpoolpreservationtrust.blogspot.co.uk/2014/07/heaps-rice-mill-listed-by-english.html


Liverpool Confidential writes up the story, that is knocked out by PR whores Dougal Paver who are tying to pull the wool over the eyes of the public....again; Shame on you, don't you care about the heritage of your city, or do you just turn a blind eye like the other moles at Archetype Studios or is it Aurora Media.
http://www.liverpoolconfidential.co.uk/News-and-Comment/Where-theres-a-mill-theres-a-way

Liverpool Confidential quite rightly put an arrow showing where the Mill is.........practically obliterated.
All plans that are near or adjacent to a listed building have to be treated with respect for the listed structure. 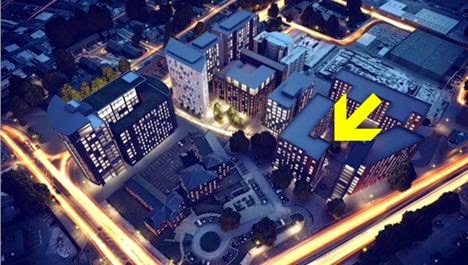 This scheme is an insult to the intelligence to all those who fought to save the building from demolition.
Don't trust the Merseyside Civic Society on this scheme. though they did a good job on the listing, Peter Brown its Chairman is 'bessy' mates with the directors of Neptune Developments who have plans passed for an equally awful scheme on the old Lamb and Sons, the last ships Chandlers in the city.
Once owned by Trevor and Doreen Jones (who passed Mann island with casting vote as planning committee chairperson) right next to Heaps Mill.
These plans would not be passed now, as the affect the listed status of Heaps Mill.
Peter Brown promoted the Three Black coffins on behalf of Neptune, in our opinion stitching the public up with an architectural disaster when he as Chairman should know better.
We dont trust any of them at MCS.
http://liverpoolpreservationtrust.blogspot.co.uk/2010/04/merseyside-civic-society-heritage.html

Just why are they supporting building on Sefton Meadows when the public is against it.It all looks well dodgy to the writer. They only have 90 members and on average 4 turn up to a meeting.
http://www.liverpoolecho.co.uk/news/liverpool-news/controversy-civic-society-says-build-6429590

Don't believe the hype.
The fight to save Heaps Rice Mill has only just begun.
Posted by Liverpool Preservation Trust at Friday, September 12, 2014 No comments: Links to this post 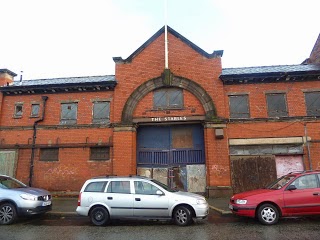 No Conservation Office. Joe Anderson in league with every dodgy property developer in town........or in Downtown ...Liverpool In Business. This allows decent buildings like Cains Stables to be blown away by people who dont care. This could easily have been brought into any scheme. The old Higsons brewery is listed this should have been too.
What a shame.
It now is nearly gone and while we have all been busy saving Heaps rice Mill we have lost another gem. 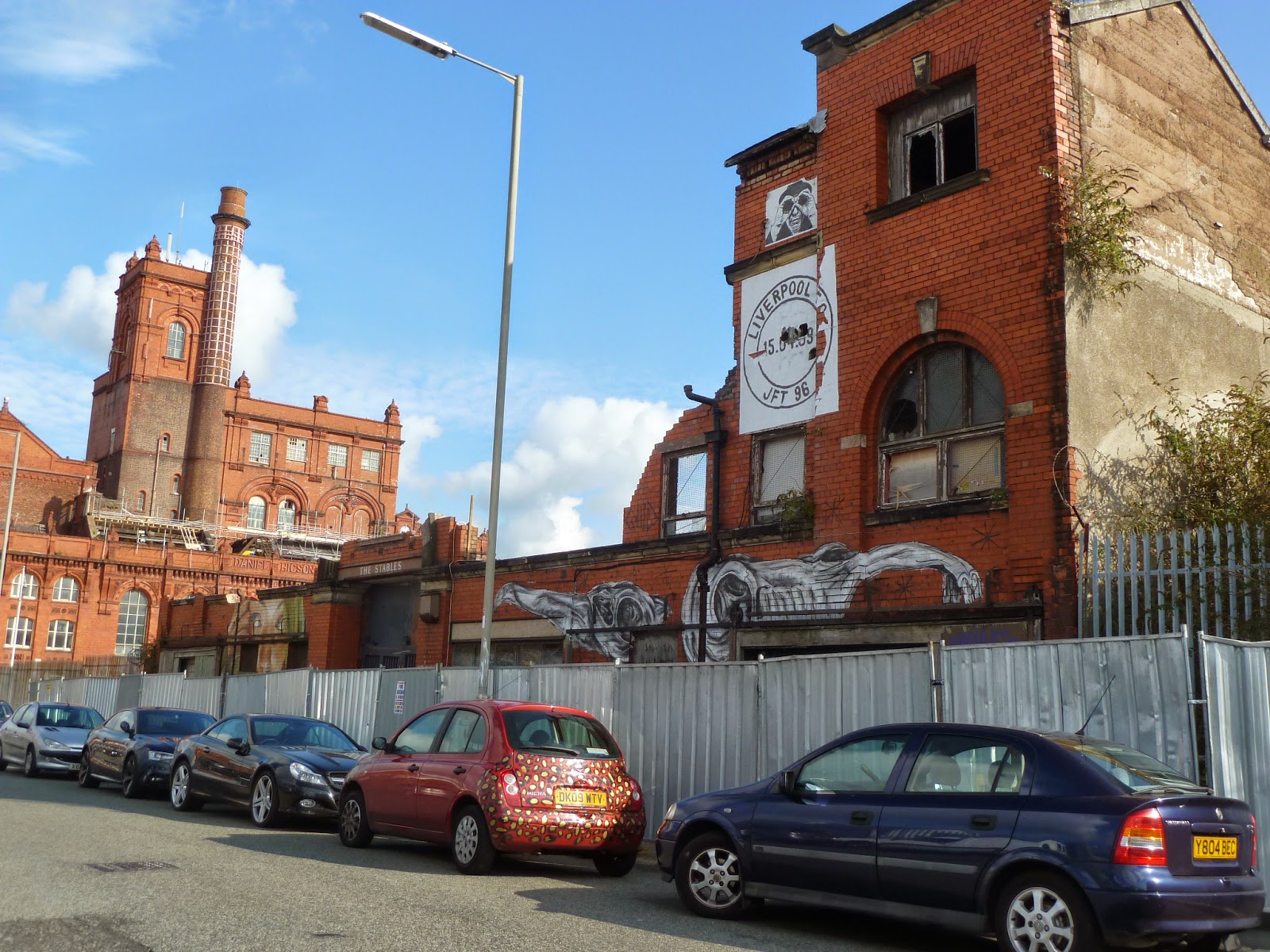 Here it is at least they saved the slates and sold them on. No doubt some PR company will be paid to sell their souls, if they have one left,  to give us some spiel about how it was too far gone.


Posted by Liverpool Preservation Trust at Tuesday, September 09, 2014 No comments: Links to this post 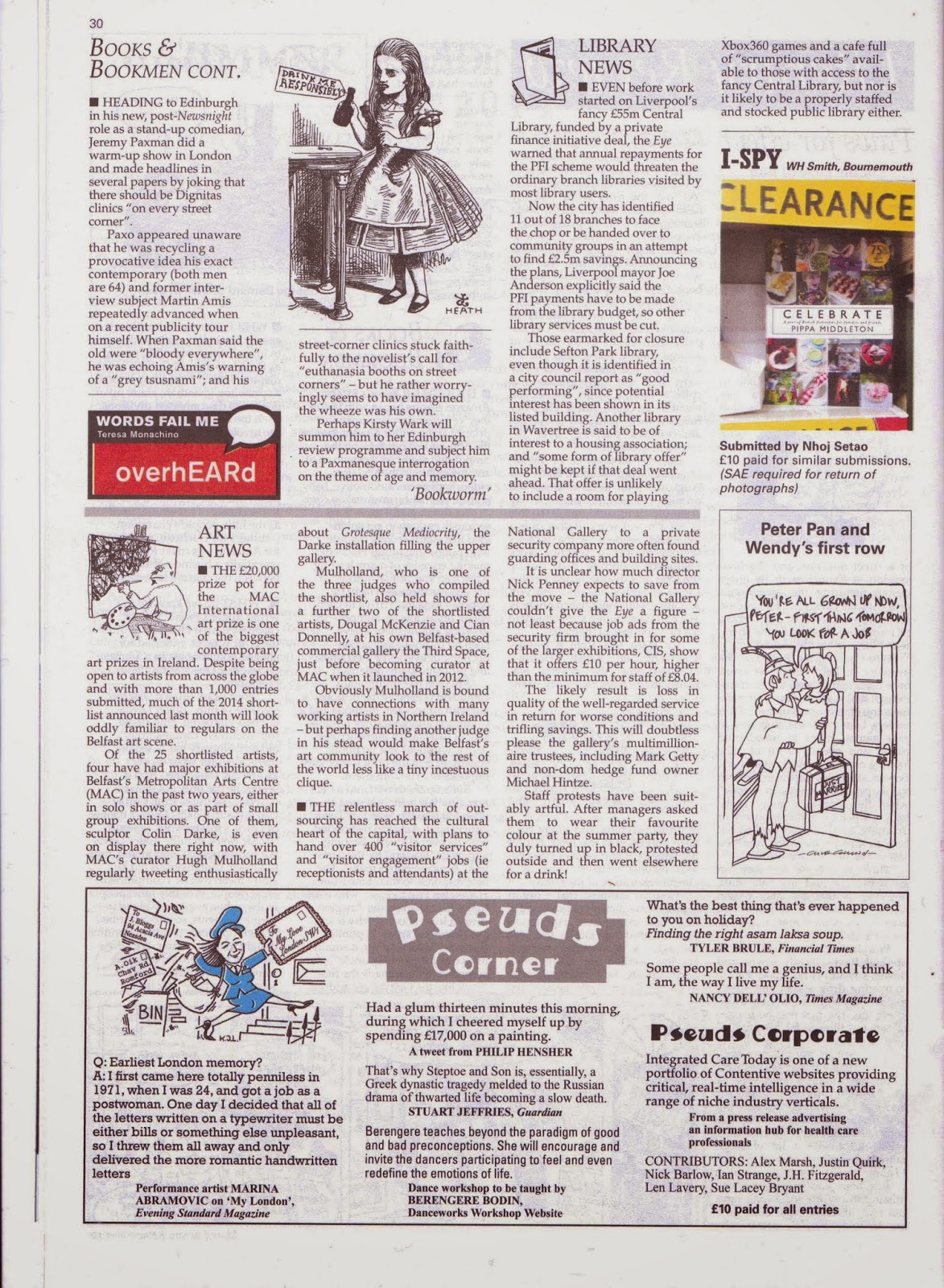 While Joe Andersons capatalist regime is busy funding corrupt Property developers such as Nigel Russell of Middle England Developments, who has now abandoned St Andrews Church in Rodney Street after being sold it for a quid. Or trying to knock St Lukes Church out to Lawrence Kenwright of Signature Living.
He is also closing down our libraries...........some probably to be sold to dodgy property developers no doubt.
Just because he cant read a book it does not mean the rest of the population don't want to..
http://liverpoolpreservationtrust.blogspot.co.uk/2014/08/joe-anderson-and-lawrence-kenwrights.html

Private Eye give him another mention.
Just who writes all this stuff for the Eye? click on photo to view.
Years ago Vicky Anderson of the now dead (thank god someone put it out of our misery) daily Ghost broke the news that Liverpool Library was to be sold off to a Developer and we would lease it back. This was put forward as a good news story, and she glibly wrote it up.
We now have a Labour council, with Chief Executive Ged Fitzgerald (ex cover up merchant of the Rotheram Child abuse scandals) at its helm. This city council is now behaving more like the Tories than Labour.
Derek Hatton and Co once tried to sell off the Town hall on a lease back basis.
Joe Anderson makes him look tame by comparison.


Posted by Liverpool Preservation Trust at Thursday, September 04, 2014 No comments: Links to this post

Liverpool Preservation Trust: Liverpool Central Library Is to be Privatised? What a Mess.