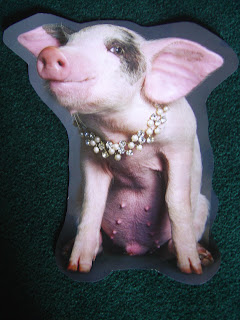 Pearls Before Swine.
Its an old Biblical saying you hear a lot amongst the old school in the antique trade.

Frank NcKenna has a radio programme on City Talk, can you believe it, and this week he had Jon Egan on the show, or so I was told, along with someone called Richard Wallace, if I am not mistaken. http://liverpoolpreservationtrust.blogspot.com/2010/11/joe-anderson-sitting-far-too-close-to.html

I bumped into Larry Neild last week in the Baltic Triangle who is an employee of Jon Egan.

Larry who I used to work with quite a lot, on heritage matters, when he was city editor at the Daily Ghost, was quick to defend himself before I even said a word.
“You don’t do much in the paper now do you. We cant get anything in the paper”.
“Larry you know quite well I got banned by Mark Thomas for being too honest and what about the Mann Island Advertorial last Monday, remember who you are trying to kid, my name is Wayne”.

“What about Peel Holdings Liverpool Waters”

“We have been working advising Unesco” I told him

“David Bartlett has just picked up an award for my reporting after I was handed confidential English Heritage Documents that were not handed to the press but me, that tells you a lot.”

Apparently Ginger Nut John was none too happy with me after I said he would sell his kids for fee. This was the man who sold the Pier Head on behalf of Liverpool Vision and organised a so called consultation on the scheme that was directed by David Wade Smith around the same time that we brought a Unesco reactive monitoring mission to Liverpool.

Frank McKenna was on TV at the time, as we turned the heat up, saying we should lose the World Heritage Site, its not worth having.
So they were all on Radio City discussing the Heritage lobby a name made up by Egan and Co who now runs Aurora Media, to try to discredit work that educated people do, who have aesthetic values.

“I didn’t know that” He said

“Oh yes you did, I told you but you turned a blind eye, and all that was under the protectorate of Rex Makin, who you know quite well who is “It is alleged” (Why is everybody so scared of the old screwed up windbag) is a shareholder in Trinity Mirror”

“He used to own this garage, (that we were standing next to, where his car was being serviced) don’t know if he still does and that property there next door”.

“So you knew this and did nothing to make the public aware of it, see what I mean.
“You also knew he lived on the Duke of Westminister’s estate”
“Yes” he declared
“And now you do a radio show, does anyone listen to it” I asked,
“The figures are coming up”

“Now isn’t that good for your boss Jon Egan” I said. Now I like Larry as a character but he does not have, in my opinion the truth of duty to his profession, But when you talk to him its as if he does not realise he has been institutionalised and is a shadow of the man he believes he is.

Just imagine the skeletons him and Rexy have had buried.

Jon Egan was outside my shop Friday, it seems he is getting a bit brave of late, it was as if he needed to say something to me but scurried off. I knew it was him when the cleaning ladies had to clean up the trail of slime left behind as he slithered away quickly.
He tried to wind me up once before. He should not try it again.

Bill “Phsyco” Gleeson was sick as a parrot when he lost his radio programme on City talk.
Talk about round up all the usual suspects.
So what do all these people know about heritage to discuss its merits when the truth of the matter lies in a vested interests of business groups deciding what should be built and all three of them in on it for sure.

So now the fact that the Government have declared a relaxation of planning laws the Spiv Lobby are out in force.

I was asked for an interview for ITV last Thursday and I duly obliged only to be part of a bad edit but what I said was clear, if we continue to ignore the Overall Universal Value of the rest of the World Heritage Site, and let Peel Holdings do what they want, after Unesco made the U.K Government, who have now declared a relaxation of all planning laws for the docks, we will lose it.
We had to draw up a whitewashed Supplementary Development Plan, Unesco was so worried.
http://liverpoolpreservationtrust.blogspot.com/2009/03/world-heritage-waste-of-time.html

It wont worry the Spiv Lobby.
It really is Pearls Before Swine.

and where is the World Heritage waste of space John Hinchliffe
http://liverpoolpreservationtrust.blogspot.com/2010/02/john-hinchliffe-liverpools-world.html
Posted by Liverpool Preservation Trust at Monday, March 28, 2011