Peel Holdings-Are They Running The City. 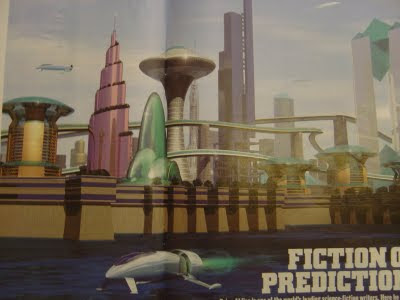 They Certainly are running the local press:
This is todays Daily Peel.
http://www.liverpooldailypost.co.uk/liverpool-news/regional-news/2009/10/05/city-planners-pave-the-way-for-peel-s-liverpool-waters-92534-24852743/2/

A NEW city blueprint has paved the way for Liverpool’s biggest ever development project – while crucially protecting its World Heritage status.
Peel Holdings wants to build dozens of skyscrapers in the city’s Central Docks area in North Liverpool in a multi-billion pound scheme known as Liverpool Waters.

IT GOES ON WITH MORE UNEDUCATED DRIVEL FROM THE DAILY PEEL.
Following consultation the city says high-rise buildings will also be allowed in Central Docks, and mid-rise buildings of between seven and 15 storeys will be allowed in the quayside area north of Salisbury Dock, which also forms part of the Liverpool Waters scheme.
City officials said the new Supplementary Planning Document will:
Protect key views of landmark buildings; (I have heard that somewhere before).
Help conserve historic buildings while positively encouraging new developments;(Oh Yeah)
Encourage the demolition of existing buildings that have a negative impact on the urban environment. (Does that include the new Terminal Ferry Carbuncle or the new Museum).
Hundreds of people took part in the consultation that started in March and the council said there was unanimous support for the overriding aim of protecting the World Heritage Site.

THE DAILY PEEL THEN TELLS OF CONSULTATION WITH A COUPLE OF HUNDRED PEOPLE....2 YEARS AGO.
Regeneration leader Cllr Peter Millea said
“It shows the high level of interest and pride there is locally in the World Heritage Site.
“The whole purpose of the consultation was to get people’s views and suggestions and wherever possible we have tried to incorporate them into the final document.
“In some cases this has not proved possible as some were contrary to national and local policies and others conflicted with other suggestions.
“One of the major issues we have had to consider has been the Liverpool Waters project.

“Overall this is a very positive document which balances the need to preserve Liverpool’s unique architectural heritage with the encouragement of high- quality developments.”
Thats what they said about the Pier Head if I remember rightly!

You know, really, with idiot councillors and uneducated editors such as Mark Thomas and Alastair Machray, who know nothing about architecture or preserving heritage pushing this rubbish forward you have to conclude Liverpeel is the new name for Liverpool and that the new PR company for Peel is Trinity "Smoking" Mirrors.

Why do they want to push another couple of thousand apartments on us when most of the new ones are empty as it is.
Oh and Peel Holdings in their scheme has a Cruise Liner Terminal within it, and of course they own the Langton Docks where the current baggage handling facility is.