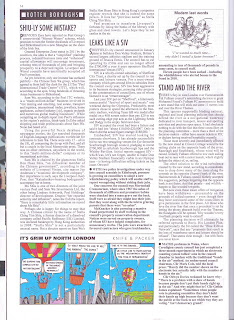 Stella Shiu gets the Private Eye treatment. You have to ask why are the local pres is not looking into the finances of Peel Holdings and why are they believing what Peel say.
China has a level of corruption that has been shown to be unparallelled.
We are not saying there is anything a miss here between Lindsay and Stell but the public are always let down by Liverpool's lazy local press who just take any old hack from whatever PR company feeds them, or gives them a freebie. So we cant believe them.
This has to stop.
Those that call themselves journalists should understand that in an age where citizen journalism creates news they are pulling off a confidence trick to the dwindling readership.

It is stated in the Private Eye article that Stella Shui has kalashnikov wielding bodyguards, and this came from an article in the Daily Ghost written by Liam Murphy in 2011 that needs to be questioned. http://www.liverpooldailypost.co.uk/liverpool-news/regional-news/2011/05/17/chinese-businesswoman-stella-shiu-behind-25m-wirral-international-trade-centre-plans-99623-28705937/ The article says that Stella Shiu is a high ranking government official.

David Bartlett recently followed it up.
http://www.liverpooldailypost.co.uk/liverpool-news/regional-news/2013/03/07/chinese-government-approve-flow-of-millions-of-pounds-into-merseyside-99623-32935610/
We have asked David where this information has come from and how he may substantiate these claims.
We are still waiting for a reply.........but we will get one.
The Private Eye article questions the credentials of Sam Wa, saying that all the articles in the press have been written recently (mostly by David Bartlett and co) and their checks using the Nexis database available to them has shown nothing else other than those articles from Peels Poodles down at the Daily Ghost, who seem insistent on doing advertorials for them week after week.
When in reality all the promises have resulted not a single brick being laid on Liverpool Waters or Wirral Waters (where the plans were passed years ago). 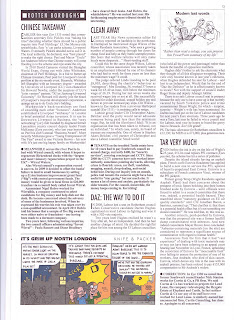 The Sam Wa website that the Daily Ghost has used looks like it has been built be a 5 year old kid and the first rule of journalism is to check your source.................especially if the source comes from China.

The issue before Private Eye 1339 saw another poke at Peel. The article entitled CHINESE TAKEAWAY stated the David Cameron and John Whittaker travelled together to the Expo. David Bartlett was aware of this, after the event, despite going to Shanghai, but this telling piece of information was conveniently withheld from articles written. The Eye article states that Peel paid for Liverpool's stand at the Shanghai expo and this is factually incorrect. As it was, we the taxpayer that paid for Peels stand. Its not only local press that need to get the facts straight. This was an expo that Joe Anderson when in opposition declared was a waste of taxpayers money, and it was recorded, probably by Bartlett. Then when he becomes Liverpool's dictator he sanctioned it.  Peel duly took the stand at the Shanghai expo promoting Wirral Waters which includes the International Trade Centre which will be a full on competition to Liverpool Waters. The company Peel and Sam War Investments Ltd,  whose directors, it states in Eye 1339 are Stella Shiu and Lindsay Ashworth. But it also states there is little on record about Stella Shui. But in 1340 it claims that The Hong Kong authorities seem to have quite a bit of info on her and she may have in fact, it is alleged changed her name. click on article to read

PEEL HOLDINGS AND DICTATOR JOE ANDERSON HAVE NOW GOT US ON THE UNESCO WORLD HERITAGE IN DANGER LIST
ALONG WITH SEVERAL CORRUPTED THIRD WORLD COUNTIES.
Posted by Liverpool Preservation Trust at Friday, May 17, 2013