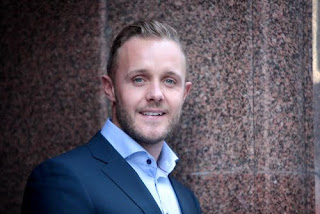 Both were released after questioning on conditional bail.

Police arrested Mr Lawless, aged 32, at his city centre flat.
That he has spent one million pounds, yes a Million pounds restoring from its ex council office style 1960's building into his new swanky pad.
This pad overlooks Joe Anderson's offices at Cunard Buildings.
SHOULD THE POLICE CHECK ALL THE DELIVERY NOTES TO THE ADDRESS OF HIS APARTMENT and is THERE IS A POSSIBILITY THAT SOME OF THE MATERIALS MAY HAVE BEEN BOOKED ELSEWHERE???????
THEY, and the HMRC REALLY SHOULD CHECK AS HE HAS SOME PUBLIC FUNDED CONTRACTS.
Why was he given the contract to restore publicly owned properties?
Is there where the alleged misapropriation has taken place? 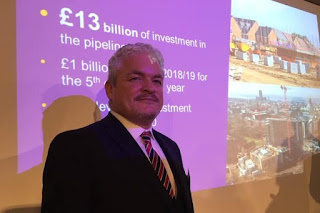 Mr Kavanagh, aged 50, was arrested in his office. He was arrested on suspicion of conspiracy to defraud and misconduct in a public office.

Mr Lawless was arrested on suspicion of conspiracy to defraud, bribery and corruption.

Mr Kavanagh was appointed director for regeneration at the city council in 2011 and is in charge of the city’s major regeneration schemes.A Merseyside Police statement said: “A 32-year-old man from Liverpool city centre has been arrested on suspicion of conspiracy to defraud, bribery and corruption.

Police said “Whilst a 50-year-old man, employed by Liverpool City Council, has been arrested on suspicion of conspiracy to defraud and misconduct in public office.”

Mr Lawless said: “This is a frustrating turn of events as we are extremely busy delivering major schemes across the north.

“I’m helping the police fully with their enquiries and am more than happy to do so. It is important that I clear my good name quickly and that we move on from this.

“The allegations are completely baseless but due process needs to be followed and whilst the police do their work I’ll not comment further on the issue.

“In the meantime, it’s business as usual. I have seven live schemes in Liverpool to deliver and am back at my desk doing just that.”
YES HE WOULD SAY THAT OR IS IT WORDS CONJURED UP BY HIS PR COMPANY.
Which may or may not be run by Jon Egan and co who also PR personally for Joe Anderson and the council and several publicaly funded bodies.
Mr Lawless, a former plumber, who drives a Bentley is the founder of the Elliot Group which is working on major schemes in Liverpool and Salford.

Schemes include the £170m redevelopment of Heap’s Rice Mill, the £100m redevelopment of Wolstenholme Square, the £100m Aura student scheme and a scheme including 1,000 apartments on Leeds Street in Liverpool.
https://liverpoolpreservationtrust.blogspot.com/2016/08/heaps-rice-mill-letter-to-joe-anderson.html
Liverpool Mayor Joe Anderson said: “We will co-operate with the police unequivocally and will assist them in any way that we can." 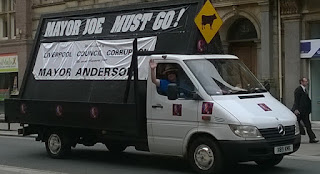 Yes he would say that wouldn't he.
He was recently questioned by Police.
https://liverpoolpreservationtrust.blogspot.com/2017/06/ged-fitzgerald-answers-questions-about.html
Why has frank McKenna from Downtown Liverpool in Business gone quiet these days?????

It was Kavanagh that Joe Anderson said brought to his attention the fact that Cunard Buildings were up for sale and they should move the whole council from, the quite newly build council offices on Victoria street and sell the block to Lawrence Kenwright. https://liverpoolpreservationtrust.blogspot.com/2018/09/lawrence-kenwrights-carbuncle-shankly.html 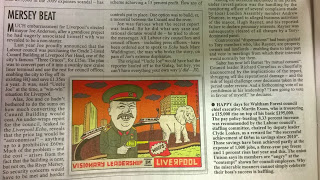 Maybe another investigation should take place.
This corruption goes right to the top in our opinion.

Here is a couple more we did earlier