Most people knew what he was up to.
None of Liverpools reputable estate agents, if there is such a thing, would touch him.
They all knew he was operating a giant Pyramid Scheme where one development was funding another.
The council planning department bent over backwards to accomodate him.
Nick Kavanagh who is being investigated for fraud in a public office rushed through the plans for his James Street hotel development.....................there should be an investigation into this.
Someone died because of inadequate handrailing not picked up by building regulations.
And he did his own asbestos survey.
http://liverpoolpreservationtrust.blogspot.com/2018/09/lawrence-kenwrights-carbuncle-shankly.html 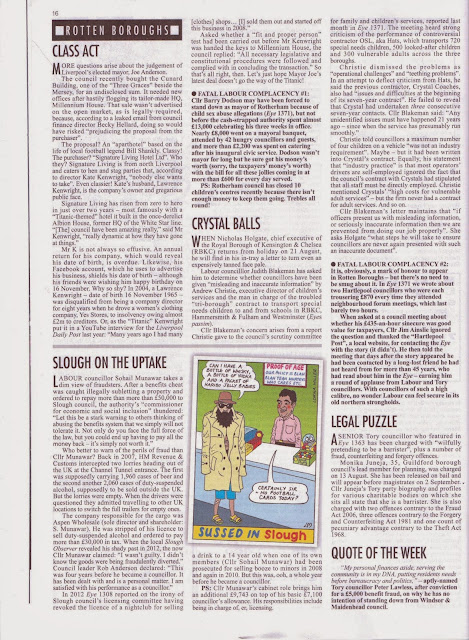 After ruining several listed buildings as what he described as luxury(sic) hotels in the city. It now transpires his customers were eating mouse droppings for years and that he had stopped the reporting of this by applying for restrictions while the court case was ongoing.

We have worked with Private Eye for a while and it was they that exposed him as being banned for being a company director.
https://liverpoolpreservationtrust.blogspot.com/2014/10/joe-anderson-in-private-eye-over-cunard.html

Now the dodgy developer is claiming that the council stitched him up.
Or maybe he had a falling out.
In todays Liverpool Echo, who may we say have acted as his own personal PR company for a while.
It was alledged that his wife was once employed by them.

https://liverpoolpreservationtrust.blogspot.com/2014/03/joe-anderson-turns-us-into-scouse.html
In 2014 he tried to buy St Luke Church. St Lukes is a memorial to The Blitz that Liverpool endured.
He wanted to turn it into a wedding venue. We alerted the local press and it was kyboshed.

We asked the Council Chief Executive Ged Fitzgerald, picked by Mayor Joe Anderson, about money laundering. https://liverpoolpreservationtrust.blogspot.com/2017/06/ged-fitzgerald-answers-questions-about.html  Here is his reply. He was arrested shortly after.


So another "Chinatown" is taking place, where a load of investors will lose money and the name of Liverpool is tainted.

But in the meantime Kenwright has got his cash out and wait for it.........he will try to buy back the assetts for half the price. This is Murkeyside after all.

Posted by Liverpool Preservation Trust at Wednesday, May 20, 2020 No comments: Links to this post

Liverpool developer Elliot Group will be placing three schemes into administration following funding problems brought about by allegations of fraud and corruption against the company’s founder, Elliot Lawless.
Lawless, who was arrested on December 18, 2019, denies all allegations.Paul Cooper and David Rubin of David Rubin & Partners, based in London, have been brought in to assist Elliot Group’s efforts to protect the existing investors and creditors of the three companies going into administration.
So, the Ponzi Scheme collapses and more Chinese and other overseas Investors will get stung.
https://en.wikipedia.org/wiki/Ponzi_scheme 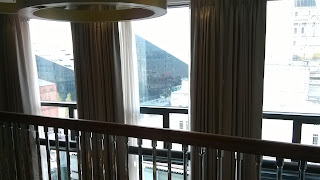 It is hardly surprising that this announcement has been tied in with the postponement of the cancallation of Mayoral Elections due to Coronavirus fears.
A FULL INVESTIGATION INTO MAYORAL OFFICE ACTIVITY IS REQUIRED.

WE HAVE WARNED OF THE LINKS WITH LIVERPOOL CITY COUNCIL. 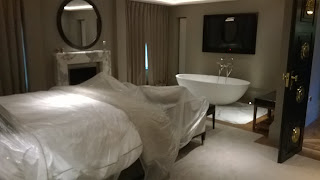 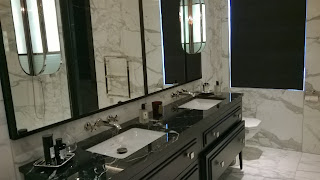 We say a full investigation is required into how he spent a million pounds on his ex council flat at Beetham Plaza spending £35,000 on a single lampshade and lining the whole building with exotic marbles.
He combined the whole top floor buying up of several Penthouses combining them into one Super Penthouse.......overlooking Cunard Buildings.....Mayor Joe Andersons Office.
We also say an investigation into alledged links between family members of The Mayor and employees of Eliot Lawless's companies.
SO NOW PLOD IS INVESTIGATING WHAT THE WHOLE OF THE CITY OF LIVERPOOL KNEW. Will they do it right.

AND WHAT ABOUT LAWRENCE KENWRIGHT. Is this the next council protected Ponzi scheme to collapse.

Posted by Liverpool Preservation Trust at Monday, March 16, 2020 No comments: Links to this post

Police have seized £200,000 from a property linked to a Liverpool
developer arrested last month on suspicion of
bribery and corruption.
The money was found during a search of a property belonging to
Elliot Lawless, boss of the Elliot Group which is
involved in 20 developments across the North West worth around
£1bn.
Merseyside Police was granted permission to withhold the money at a
Liverpool Magistrates’ Court hearing.
Mr Lawless said he can prove the cash was held legitimately and
receipted, and expects it to be returned.
THE EX Plumber WOULD SAY THAT.
In a statement released to the Oldham ECHO, he said: “At a recent
court hearing it was set out that a large sum
of money was seized from one of my properties.
“This money was from various cash businesses that I operate as well
as bank deposits and was receipted and
properly accounted for.
“I’ve provided the necessary details to the police and fully expect it to
be returned in due course once police
finish their inquiries.
“I do not propose to comment further on the investigation at this stage.”
Mr Lawless, 32, was arrested on December 18, 2019, at his Liverpool
city centre flat on suspicion of conspiracy to
defraud, bribery and corruption.

The same day, Nick Kavanagh, 50, Liverpool City Council’s director of
regeneration, was arrested in his office on
suspicion of conspiracy to defraud and misconduct in a public office.
Both men were were released on conditional bail after questioning.

At the time Mr Lawless described the allegations as “completely
baseless”, adding: “It is important that I clear my
good name quickly and that we move on from this.”
A BIT AMBITIOUS ISNT HE EVERYONE KNOWS HES A ''............
IT IS RUMOURED THAT HE SPENT £35,000 ON A LAMPSHADE IN HIS EX COUNCIL BUILDING
BEETHAM PLAZA APARTMENT. AND A MILLION POUNDS IN TOTAL REFURBISHMENT COSTS.
We will show some pictures of his marble lined swank pad in the next post.
It was announced that Liverpool-based property firm Vermont had agreed to suspend work on two projects it is
currently delivering in the city for the Elliot Group.

They are Aura, a £100m student scheme on the edge of the city’s Knowledge Quarter which was due to complete
in September 2020, and phase one of the £250m Infinity scheme on Leeds Street – a 38-storey, residential tower
with 416 apartments, scheduled to be handed over in December 2021.

Vermont is in talks with its supply chain to reassure all subcontractors that payment of all works to date will be met.

All of Vermont Group’s other projects are unaffected by this decision and all operations continue as normal.

Work remains ongoing at all other live Elliot Group sites. FOR NOW.

Posted by Liverpool Preservation Trust at Monday, February 10, 2020 No comments: Links to this post

Email ThisBlogThis!Share to TwitterShare to FacebookShare to Pinterest
Labels: elliot Group
Newer Posts Older Posts Home
Subscribe to: Posts (Atom)
"THESE OLD BUILDINGS DO NOT BELONG TO US ONLY;...THEY HAVE BELONGED TO OUR FOREFATHERS AND THEY WILL BELONG TO OUR DESCENDANTS, UNLESS WE PLAY THEM FALSE.