Worthington Owen Liverpool Estate Agents. Can We Trust Them?

That is a question we were asked last week by a reputable member of the Liverpool Surveyor Fraternity.
So why would a qualified surveyor give up his professional qualifications?
The very thing that gives them the credibility to trade in a respectable manner and follow the code of conduct laid down by the professional body.
Who in this instance, are The Association of The Royal Institute of Chartered Surveyors. Or RICS.
Mark Worthington had these qualifications and they have now disapeared from his name! Why would you do that. Is it voluntarily? If so ,why would you do that?
https://www.worthingtonowen.com/people/

Is this to trade in a different way to those with professional qualifications? To be free of the restraint, of acting within those perimeters, set down by RICS?.
He seems to have made friends with a company called Shelborn Assett Management Ltd.
This is company run by nasty Brian Rabinowitz https://beta.companieshouse.gov.uk/officers/klFyK7HNkWJ7gTpqTZVjixtGDwY/appointments
and Mark Rabinowitz.
https://beta.companieshouse.gov.uk/officers/CNlMzRSRe30t__xrMz3rgdN-zd0/appointments

These people have a record creating misery and a trail of evictions of small businesses from premises that they manage. We have even heard them called thugs.
And the people helping them with these evictions are Mr Worthington and Mr Owen his partner in slime.
We have been advised, on good authority, of the way they operate. Mark Worthington will go in ahead and butter the tenant up. Making friends with them and coming across as a reasonable person.
Where in reality he is after the same thing possession of the property at any cost.
So the owners agents and typically Shelborn Asset Managers can get the lay of the land.
Then they play good cop, bad cop in tandem. 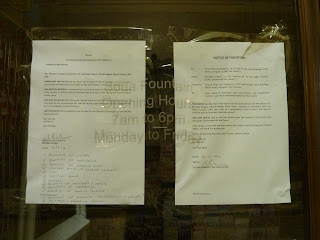 While The Rabinowitz pair bully and harass them Mark Worthington offers a friendly hand, to help them out of the situation.
And the situation always seems the same, eviction on any grounds as long as the property becomes vacant then they are happy.
And they can get more rent.
If you have the misfortune to come across any of the characters mentioned well you had better be on your guard.
The spirit of Rackman is well and truly alive here in Liverpool.
They say on their website.
https://www.shelborn.com/ 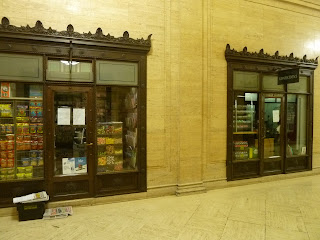 We at Shelborn Asset Management are committed to enhancing the value of our clients’ investments through proactive management, income growth and property development. We identify opportunities that are under performing and utilise our skills to unlock the potential.


We can think of another way to describe them. And it wont sound nice.

Here we see the treatment of another small shopkeeper that Worthington Owen worked on in tandem with Shelborn Asset Management Ltd.

They even moved into the building, India Buildngs in Water Street, to befriend all the people there.
Slithering amongst them, smiling, cracking jokes. While all along wanting to shut their shop.
They even bought sweets and cigarettes there. While all along they wanted this mans shop In India Buildings. But it is not they wish to develop that is the problem its the totally disgusting and disrespectful manner that they treat these small shopkeepers that is a disgrace.
This shop had been part of the community they wrecked his business.
And its the way they do this wrecking which is unbelievable. There are no ifs and buts here they stink. They behave in a way that should be reported to the police for its viscous intensity and greed.

You have to beg the question. What do their wives think of the way they are afforded a lifestyle of luxury in the big money property dealing world of high finace?
When they are off on their flash holidays or buying posh handbags do they stop to think where the money comes from?
And what of the Rackmans incarnate The Rabinowitz pair of father and son. Maybe the father is to blame. 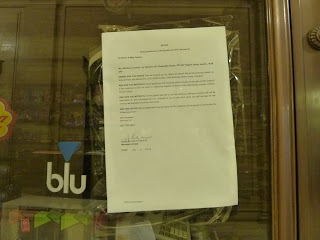 How could you bring your son up to spread misery on so many people without any care and consideration for their families? For money.
What of the redundancies that they enforce?
What of the children who dont get a Christmas present or even a meal.
How many people have they put on the dole?
We are now hearing of a long line of misery that has been brought about by greed, and deciet by dodgy tactics and they have been representing household names with shareholder. Such as the HMRC.

The partnership of Worthington Owen and Shelborn needs to be brought to the attention of the authorities. How can they behave this way on behalf of HMRC. Evicting people who pay their taxes.
Read more here soon.
Have you been affected by tactics of Worthington Owen in Liverpool or further afield?
We are now looking into the relationship with Liverpool City Council and its Councillors.
Have you been shafted by the Shelborn Asset Management Ltd?
Or any of the previous companies (and there are quite a few) that Brian Rabinowitz has been a director of. Such as the offshore tax avoiding MARWEES Ltd.