We thought Rackman was dead, but no, he is alive and kicking in the shape of The Rabinowitz.

Brian Rabinowitz has trained his little Rabonowitz, Mark to be as ruthless as himself. 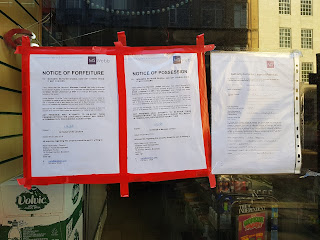 They do not care a jot about the lives of the small people they shit on from a great height.
Here he signs the death nell on another business.
How can this be allowed to happen in 2018.
First of all they harassed this small shopkeeper in Water Street CITY NEWS. That had been trading at India Buildings for over 20 years.
Then they put him out of his misery.
All this by stealth in a way that has been practised to perfection. Read more here
http://liverpoolpreservationtrust.blogspot.co.uk/2018/03/worthington-owen-liverpool-estate_30.html
There should be laws against this thugish eviction where the owner come into his shop to find he had been locked out without prior notification. THUGS.
But if those small shopkeepers have seen your profits go down the pan, how do they get the will to fight a big offshore organisation.
Shelborn Asset Management Ltd https://www.shelborn.com/are the asset managers for MARWEES LTD. the offshore tax avoidance company that were registered in The Virgin Islands. Then Guernsey.
Who it seems have just made 50 million quid out of the HMRC. Out of the taxpayers. Yet they couldn't treat this man with respect.
We feel the HMRC are doing a deal with companies that operate as no more than thugs in suits.
MARWEES bought India Buildings for 17 million and then managed, somehow, to get the HMRC involved in relocating to one of Liverpool's historic gems. Yet they send a locksmith in to evict CITY NEWS who are just trying to survive.

We have a Labour Council doing business with tax......avoiders. For want of a better word.
Can you believe it. They have let these developers run riot in the area of India Buildings. CITY NEWS was once a news vendor sitting alongside India Buildings and when Carol Group bought the building in the 80's they did the decent thing and gave him a shop because he was located where they wanted to build a ramp.

Now we know the area needs lifting but what about Liverpool's historic structures. India Buildings and Holts Arcade was recently upgraded to Grade II* by English Heritage. Then they set about destroying it. English Heritage have passed the planning decisions to Liverpool planners who are using Joe Anderson's DELEGATED POWERS to wack it through for the developers. There is a campaign to keep it open. While they are trashing their way through the people who have been paying their business rated for decades.

When the property was purchased all the staff, some of who had been there for over 30 years were made to sign away their rights.
The TUPE law that protects staff from dodgy employers tactics was totally disregarded. They found some section in the law that allows them to avoid respecting people who work for or with them.
Those rights were laughed at by Shelborn and the associate company Shield run by Gavin, Mark Rabinowitz old mate, who signed them up for a new deal and subsequently shifted them out to Exchange Flags another property that they manage.
Where they are also running wild.
All this under the noses of Labour Councillors. Betty Braddock will be turning in her grave.
Nick Small is the local councillor.
Now this may all have been done legally. But it stinks of immorality. How can staff complain when they would be sacked and have no wages with which to pay the rent. There was nobody there to protect them from immorality.

Then Shelborn Asset Management and the paymasters MARWEES Ltd set about doing a deal with Legal and General and the property arm of this listed company who agreed to cough up about a hundred million pounds. That deal may now have been completed.
That seems a clear profit after costs to to all the work, of at least £50,000,000.
That's fifty millions pounds of profit to a offshore company and we the public are paying for the privilidge through our taxes. That go around treating people like dirt.
Why did the HMRC not buy it themselves and spend £30,000,000 for the works and we the public would save £50,000,000.
Legal and General have just completed the deal and Shelborn are still retained as asset managers that's very bad news for the locality.
Meanwhile all around the property the existing businesses have been treated like dirt. By scum. 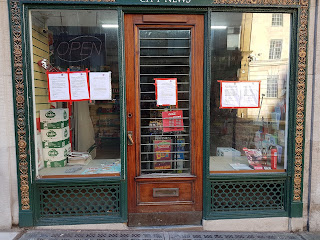 Holes dug up and access restricted making it unbearable to trade. Then big daddy Rabinowitz goes round bullying the tenants with his big speak. “We will get you out” he told one shopkeeper. “We will tie you up with legals” he says like as if he's Dirty Harry. In reality there is only one word to describe people like this, and it is just plain .....dirty.
https://beta.companieshouse.gov.uk/officers/klFyK7HNkWJ7gTpqTZVjixtGDwY/appointments
How can they get away with this bully tactics. How can they sleep at night.
Here the newsagents City News were subjected to months of restrictions making it so difficult to trade....while the shafters were trying to put the rent up.
Then while negotiating with them. He locked them out.
What a disgrace.

They lulled the poor man into a false sense of security, giving him hope, while all along they were planning to shaft him so they could get more rent.
And it was done while he was in hospital.
Is this what Liverpool has become. Another London.
Where Investors and asset managers like Shelborn get privilege over its citizens.