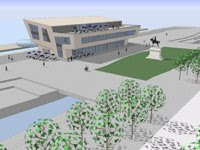 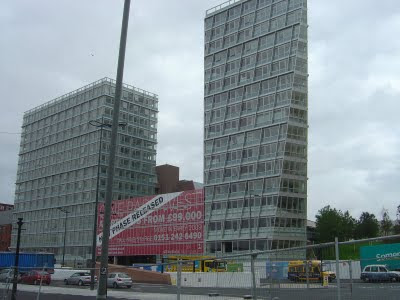 LPT nominated the horrendous One Park "Gone" West as a crime against architecture the building they, promised us would be Ichonic and it turns out Ichronic. Grosvenor promised us a building by a world class architect, a Cesar Pelli 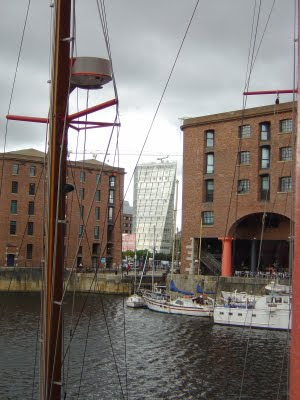 .......and they give us a Cesar Salad. http://liverpoolpreservationtrust.blogspot.com/search?q=chavasse+park
The architect, if that's what you would wish to call him did not even visit the city. He couldn't have done as he would have had to think how it would look from the Albert Dock, the biggest group of Grade I listed buildings in the country and a World Heritage Site. What a mess. Click on the link below to see this years nominations.


http://www.bdonline.co.uk/story.asp?storycode=3146320
Less than half a mile away is the Terminal Ferry Building nominated by David Swift. It has to be a close run thing between these two monsters. If you would have told me you could build a worse building then the old Bernie's Inn, The Shanghai Palace, I would have declared it couldn't be done. Well they did it. What an achievement...only its the wrong achievment for sure. The World Heritage Site has been despoiled, in such a way that it is akin to giving a pretty girl a black eye. The Ferry Terminal is a perfect match to the new museum, which could well be next years nomination for the carbuncle cup, if they ever finish it. Oh hang on there is some big competition with the Three Grotesques at Mann Island. http://liverpoolpreservationtrust.blogspot.com/search?q=ferry+terminal So Warren Bradley tells us that Prince Charles told him that he supports Liverpool's regeneration...well can you believe that. It seems the architectural profession don't quite agree.http://www.architectsjournal.co.uk/beauty-or-beast-new-liverpool-pier-head-ferry-terminal/5204487.article
Posted by Liverpool Preservation Trust at Monday, August 10, 2009