Museum of Liverpool- Is Nominated for Building Design Carbuncle Cup 2010 . 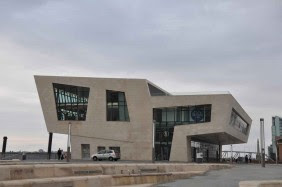 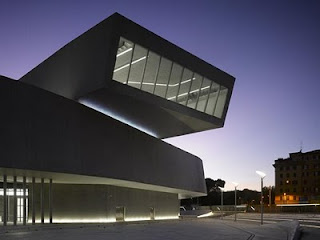 Well that must be an award in itself nominations 2 years running within yards of each other. http://www.bdonline.co.uk/news/uk/nominate-your-carbuncle/5002065.article  Last year Liverpool had the embarrassment of the title of National Carbuncle cup winner for the Terminal Ferry Building plonked on the Pier Head. It was declared by Amanda Ballieu the editor of Building Design in her final summing up said “The winner is the building that shows how bad architecture and bad planning can combine to produce something truly awful — a building so ugly it can turn human flesh to stone or at the very least make grown men cry”.
http://www.bdonline.co.uk/readers-free-classifieds/liverpool-ferry-terminal-wins-carbuncle-cup-2009/3147432.article

The judges went on “It is such an amazing site, directly in front of the Three Graces, but the architects seem barely to have noticed. It is like letting a bad second-year student build next to St Peter’s,” said the judges despairingly.
“This is bad patronage by an ignorant council which thinks having jazzy architecture is putting the city on the map again.”
Completed this summer by Hamilton Architects (not to be confused with Hamiltons) the £9.5 million building incorporates ferry operations, a Beatles museum and a rooftop restaurant. It is cantilevered on two sides and clad in limestone to complement the new Liverpool Museum next door.

“The architect evidently once looked at a Zaha building in a magazine,” said the judges. “It is essentially a horrible sectional idea that has been extruded like a stick of rock. The long elevations couldn’t be more tedious, the Dr Caligari end facades no more grotesque. When you go there you think: oh no, I can’t believe they’ve done that.”

The awful One Park West on Chavasse Lawn came fourth just missing out on the top three.

Larry Neild wrote before he went to work for October Communications.

This year it is the new Museum of Liverpool, and it stands a good chance of winning too. The Terrible Ferry Terminal building in the words of the architects was designed to compliment the new museum !!! Yes and they managed it only, not being educated in the requisite skills to design in a world heritage site, Hamiltons, the Belfast based architects didn’t realise they were following the lines of a bigger carbuncle than theirs. Here is a letter in the BD

At first glance, the new National Museum in Rome looks just like the ferry terminal in Liverpool which won this year’s Carbuncle Cup (Features August 28)

It is only when one reads Ellis Woodman’s excellent review of the building as “displaying a cynical disregard for its purpose” that it is clearly by your old favourite Zaha Hadid. Once again, one might have expected better from a total outlay of €150 million.

Still, I do like the little orange hydrant in front of the entrance.

So what fate await Liverpools beacon of regeneration the new museum of Liverpool can it be picked as the winner of BDs Carbuncle Cup Award 2010……You bet it can.

The picture above alongside the Terminal Ferry Carbuncle is the Rome MAXXI (which they copied an elevation for Liverpool museum) which by contrast is nominated for the Sterling Prize 2010 which is dominated this year by museums, well apart from Liverpools. http://www.bdonline.co.uk/buildings/roman-horror-day-at-zaha-hadids-maxxi/3153497.article
Posted by Liverpool Preservation Trust at Thursday, July 22, 2010